God alone can bring good out of bad. I will have the surgery after we take the 15 year old girls (quienceaneras) to the hotel. So it will be mid-November hopefully.

Walt & Randi took their boys to the zoo. It is a holiday here in Guatemala. 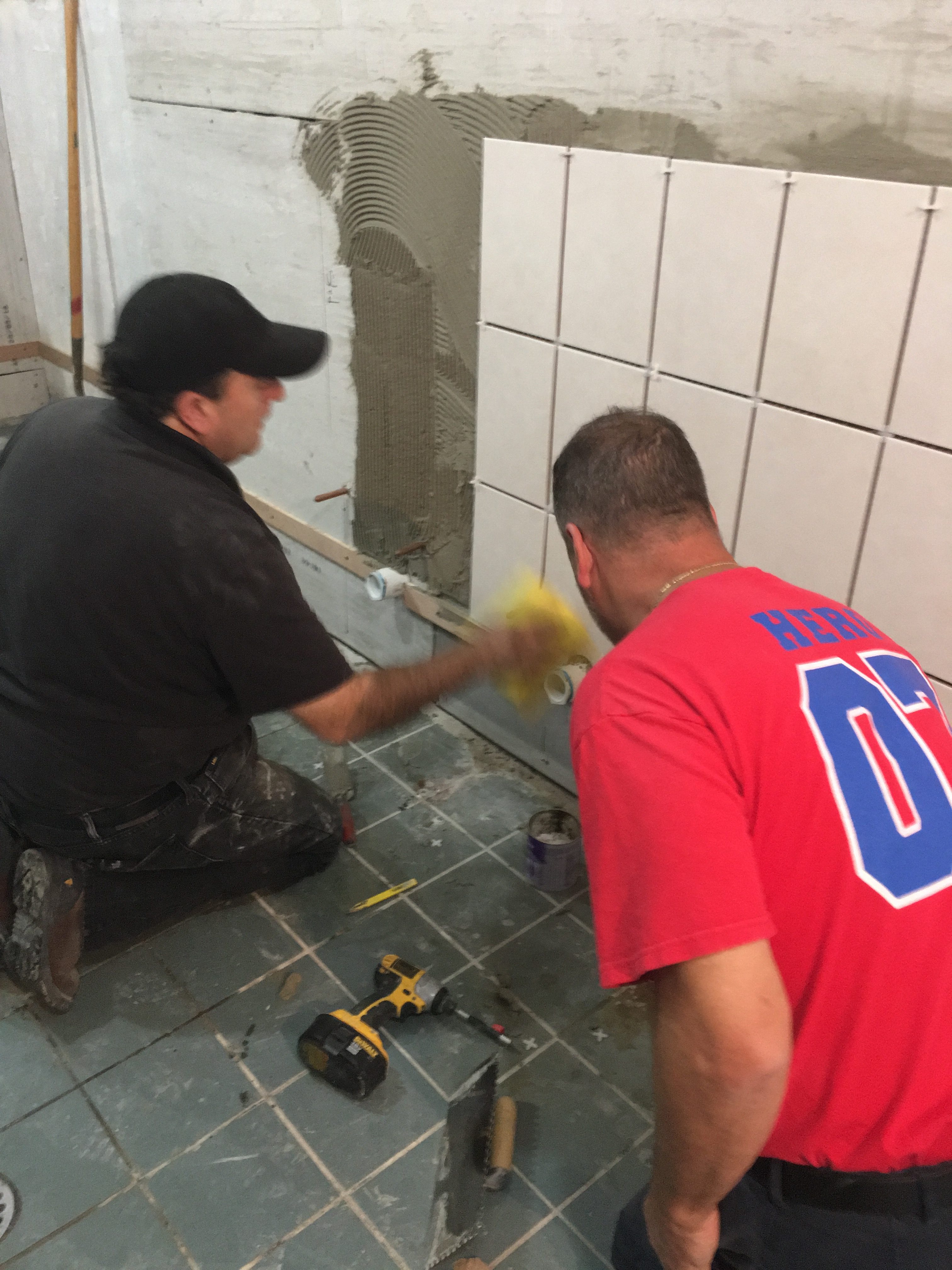 Tiling the bathroom: Getting closeOut West, a cowboy was driving down a dirt road, his dog riding in back of the pickup truck, his faithful horse in the trailer behind. He failed to negotiate a curve and had a terrible accident.

Sometime later, a highway patrol officer came on the scene. An animal lover, he saw the horse first. Realizing the serious nature of its injuries, he drew his service revolver and put the animal out of his misery. He walked around the accident and found the dog, also hurt critically. He couldn’t bear to hear it whine in pain, so he ended the dog’s suffering as well.

Finally he located the cowboy –who suffered multiple fractures–off in the weeds. “Hey, are you okay?” the cop asked. The cowboy took one look at the smoking revolver in the trooper’s hand and quickly replied, “Never felt better!”

It will not change anything by my complaining about have surgery again. God has a reason for everything.