His spiritual growth has amazed me. The university girls came to tell me what they wanted to do for me but they want it kept secret. Makes me proud to be their father. 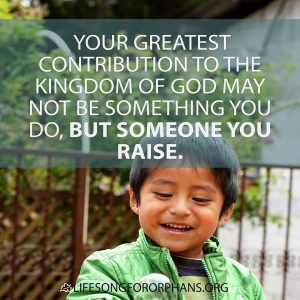 Adam & Eve lost Paradise & then raised a murderer. They suffered the death of their son, Abel, & they lost Cain as he wondered the earth. In time the earth was rep lensed with people. But due to sin in the Garden the people were filled with debauchery & turned their back on God.

But God even with a broken heart never stopped loving His creation. The world forgot God but God did not forget the world. Disease, death and destruction were the order of the day. However, among the multitudes of people who had no love nor time for God there was a man who loved Him.

The man was Noah. God knew the world was destroying itself. Sadly this is the current attitude and condition of the world today in 2015. So God tells Noah to build an ark and then God would send a deluge so disastrous that the entire world would be cleansed of hate and evil and all sins.

People made fun of Noah for building an ark. No one had ever seen rain before. They laughed but Noah was not moved by the building. Words could not harm him. After many years the ark was ready; the animals were brought in; Noah’s family entered. The door was shut and the rains came and cleansed away what was happening on the dart.

When Noah stepped onto dry ground the first thing he did was to fall on his face and bless God. He gave God thanks for the miracle and protection during the storm. The first thing God did was to tell Noah He would never destroy the world with a flood again.

Sin returned! Sin is present today! Thoughts of God are almost non-existent in our universities, government and homes. So God sent another Ark. This one was born in a manger.