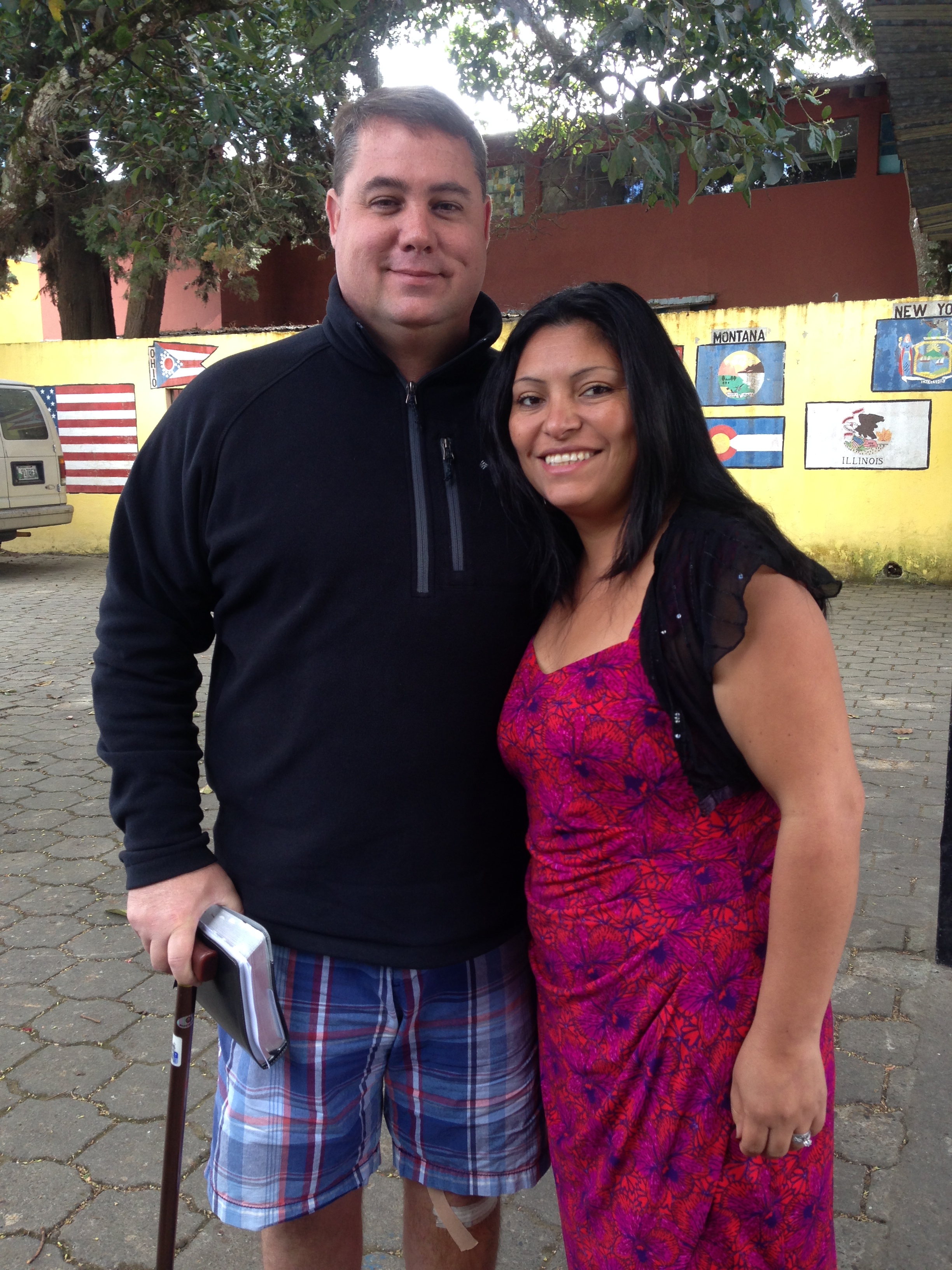 I was so impressed with Pecan Haven Church. They are so mission minded. They raised money to purchase 2400 Bibles for Peru in the morning service alone.

George & Debbie were so kind to us and the Pastor Jon & wife Rebecca made us feel as though we have known them for years. It was a very special day.

We are heading towards Wadesboro where we will be at Wadesboro Baptist on Wednesday evening and at the Wadesboro Rotary Club at noon Thursday.

We saw yesterday that John Mark was from a very wealthy family and his mother was a strong Christian whose home was so large that it was used by the Christians for their worship services. John Mark failed so terribly that he could be the patron saint for most of us if we believed in patron saints.

We all have messed up and failed in ministry whether as a pastor, missionary, father or mother. All of us have slipped in our Christian lives. We have all failed to witness as we should, pray as we ought and obey as we are directed. I have disappointed so many who have trusted me at one time or another.

Life for John Mark was comfortable (just like mine was before I came to Guatemala). A preacher once said that “John Mark was a spoiled son of a rich widow”. I wasn’t! But my life was easy in Lake Charles. I feel I could say I was overlyprotected. I had few needs. HOWEVER, just like John Mark my faith was never truly tested. Being a pastor was easy. Thee were bumps and bruises & a few battles but none were fatal. I relied on other strong Christians surrounding me.

Paul and Barnabas(Jon Mark’s cousin) were big buddies and fellow missionaries. Barnabas had been there for Paul when few others were. When they visited Jerusalem and the family of Barnabas they took with them the young John Mark on their missionary journey. He is referred to in Acts 13:5 with a word that means a junior rower indicating he was an assistant to the two men.

At first it was wonderful! (Ask all of those who say they are called to Casa and they will say the same thing) John Mark watched as God moved through the two missionaries. He basked in the REFLECTED glory of the two men. But along the way we see that Paul became ill and they traveled up to Pergia and left John Mark there were there few Jews and no Christians. The temple of Diana was the basis of worship.

Suddenly being a missionary was not fun. It did not go as John Mark felt like it should. He was saddened, felt abandoned and wanted to go home. The excitement had worn off. He was 800 kilometers, 500 miles, from Mami.

I read where one leader on the mission field wrote 3 reasons why some missionaries fail: First, they fail to keep close to God when they no longer have their friends. Second, they fail in cross culture relationships. Third, they fail because it does not meet their expectations as to what it should be.

I remember a college girl coming to Casa to “help” and she got out of bed about nine and walked into the dining area with her guitar wanting to know where the kids were cause she wanted to sing with them. I her that we were up at 4:30am cooking breakfast and the children ate before 6am and were in school by 7am. I added that if she wanted to “sing” with them she needed to get up before 5:30am. she was on a plane less than one week later.