Dottie and I finished shopping for the vitamins we need for 6 months.

Kenny came by but for the most part we just packed & went to bed early as we will leave early tomorrow morning for home.

We made the right decision in not going north to preach. Those folks are taking a beating with ice & snow. We would love to go north in September so if you are interested just contact Debbie Hyatt. 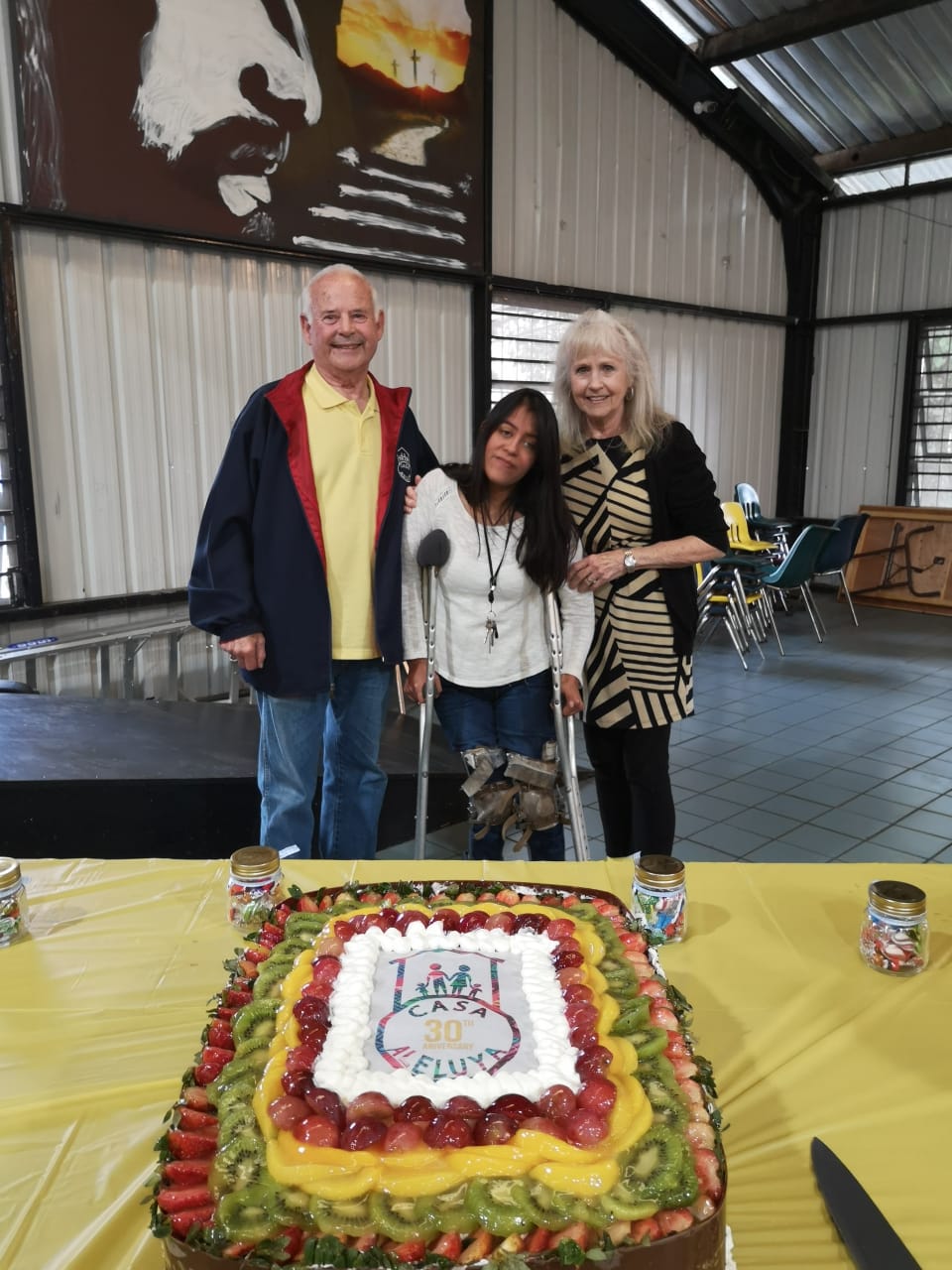 Gabby, whom many of you have helped is here with us on our anniversary.[/caption]

4/8/2000. The child who had surgery on his curved legs returned to Casa but will be in a cast for 3 months so we will ask for volunteers to watch over him. For the time being he will stay in our house so that Dottie can care for him. Our next door neighbor brought a lawyer to the house and threatened to sue us because the gutters on the baby dorm were 6 inches on his property. I offered to build a wall between our properties and he accepted my offer.

4/9 Today was visiting day and when the parents left a bus ran into a crowd of them so we called ambulances to take them to the hospital. Only one I critical! The latest containers were filled with ceiling tile so we can begin installing them when the next team arrives. Steve did receive his Trooper and Bob his tractor so that was another blessing today.

4/9 Our men began installing the cabinets in the baby dorm. A court psychologist came to our home with two young teenage girls who had been raped by their father. She said that she did not call because she considered our home the safest for them and she wanted to introduce them to me personally.

4/11. Two of our younger boys stole a flashlight and some candy from the team that just arrived. I caught the boys and had them confess. We retrieved the flashlight but the candy was long gone. The Americans were so kind and they shared with the two boys about sin and forgiveness.

4/13. A Christian school in Guatemala City came and hosted a party for our children. It was a positive experience for them as well as us. Eight of the teenage boys went with me to our Christmas storage in the city to sort gifts. A team from Tennessee as well as a team from Covington. La. arrived.