Dr. Jalali, dentist, came to Casa with Paul M. to check teeth. So many of our children have bad teeth.

One of the teenage girls had to be taken to the hospital & Josue’ has asked that everyone please pray for her.

We had dinner with Dr. Hines and his family.He is surrounded by people who love him. 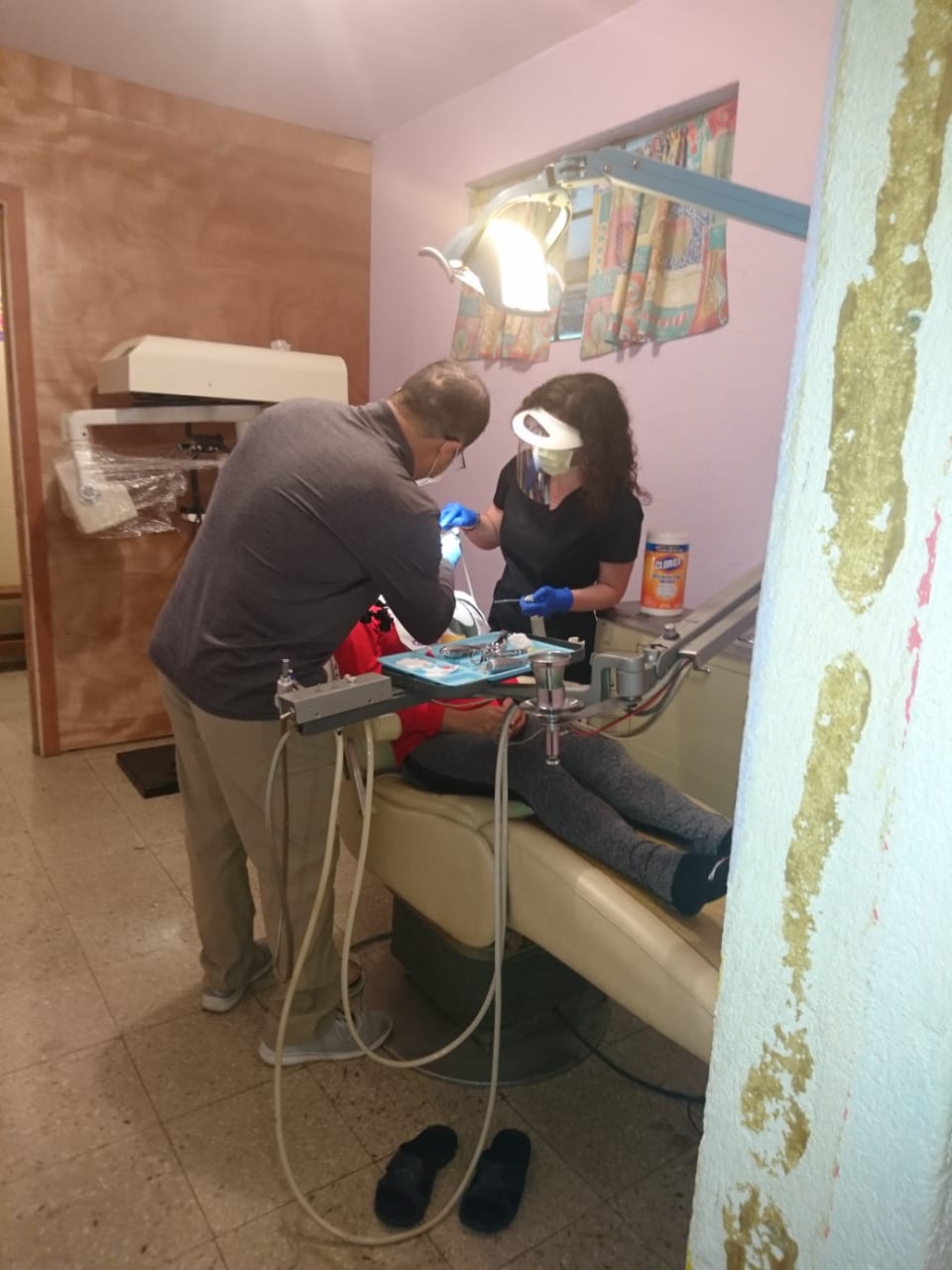 12/4/99 We took 53 high school students to purchase new shoes for school. Dottie and I took the toddlers to McDonalds for ice cream and the play ground.

12/5 Jack has been painting all of the gates and walkways. Brandon who is 2 years old was forced to go home for the weekend. While there his sister poured salt in his eyes and burned both corneas. We took him to a specialist. Today we participated in a Bible Olympics and our kids Gino, Olga and Marcus finished first, second and third.

12/8 Brandon’s sight is slowly returning following the salt incident. He could recognize me. 11/9 I had to fly to the states so Dottie is having to oversee everything. It was 9pm when I arrived in Mississippi when I met with Jerry and he set me up with Butch and Nan as they had a little cottage for guests.

12/10 I shopped during the day and then in the evening the conference began and there were nearly 100 men there who had been to Casa but many did not know each other. The bond that Christ would place between all of these men would set the future of Casa. I also met Carlos and Polly who are planning on coming to Casa as dorm parents. He is Puerto Rican so speaks perfect Spanish.

12/12 With the conference ended I preached at Good Shepherd in the morning and then at the prison in the evening. 11/13  I spoke on the radio and then Jerry took me to meet his parents in Baton Rouge. His father had been chancellor of LSU. I would return to Guatemala the following day. That men’s conference will always be one of the high lights of my life.

12/16 A judge came to visit. We thought that she was a social worker so when we discovered she was a judge we all had a good laugh. What made it so funny was that I was angry at the children for how much trash was on the ground. I called all the children to the front gate to begin picking up trash. When the judge came in she said, “This is the first time I have been met at the gate by all of the children in a home”.