Pastor Perry of Glad Tidings in Lake Charles passed away. He and his congregation had been so kind to us.

“We visited with Crissy, our daughter and her family.

So we drove to my hometown of Bunkie where we will visit with Dr. Hines Saturday. Of course it has changed tremendously since the Interstate was built 3 miles away. 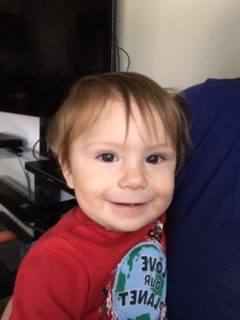 11/26 We received word that one of boys, Felix, is being adopted to a family in Utah. Over the years he will graduate and join the US Army. He has done well. His sister, Jaqueline, is still here and working on staff(2018).

11/27 Glenda will have surgery on her broken collar bone. The church we attend in Chimaltenango came and brought supper for everyone. 11/28 The older boys won still another soccer tournament. The younger boys were in a marble tournament but did not win. However, having contact with those who live outside of Casa is a needed experience.

11:29 I had asked the older children what they wanted for Christmas and many said that they wanted clothes. So we took the first group of 39 out clothes shopping. I returned to the house to discover there were electrical problems and some appliances burned up.

11/30 Pastor Domingo from Xepetan was the first pastor for whom we built a church. He came to tell me that his wife was pregnant and they would name the child Mike if it were a boy. Months later when his wife gave birth to Mike the child was blind, deaf and epileptic. He would live less than a year.

12/1 One of our 2 year olds had a tumor that was huge. They operated today and removed it. Ranelda in Lake Charles was a graduate of our school there. Today her husband died when hit by a train.

12/3 Our psychologist had a major breakdown as we received a 5 year old girl eaten up with venereal disease. The disease is contagious so she will have to be isolated while treated.