With the many years of traveling this was our first time where we had a flight cancelled. So we had to stay overnight in Houston.

Today we went to Lake Charles and then to Baton Rouge to see my sister, Virginia.

You will not believe this but the electric company passed a new law. It states that we have to pay the equivalent of two months electrical bill EXTRA every two years. So we have to pay $10,000 DOLLARS within 2 weeks. 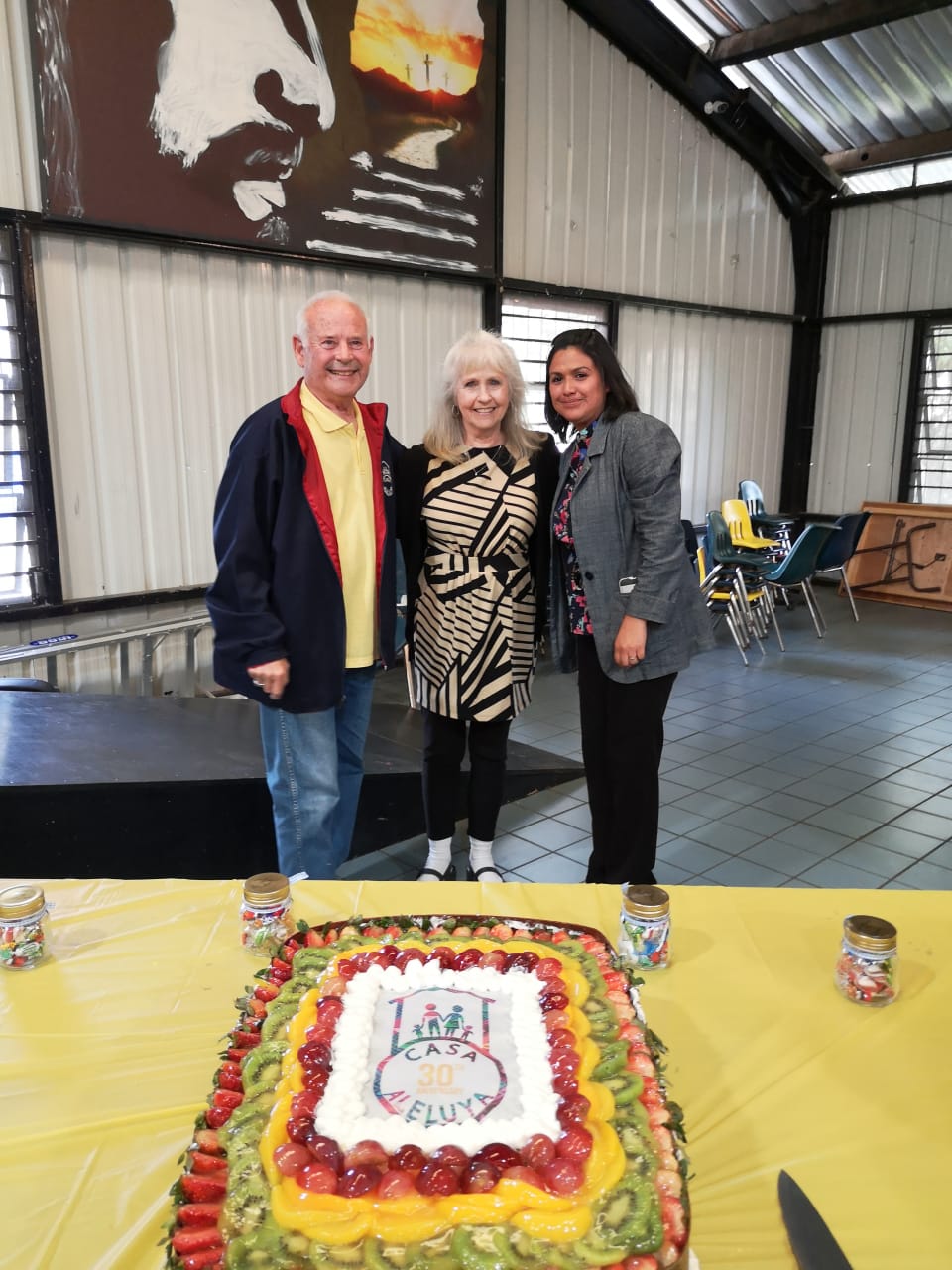 Our daughter-in-law, Lily, wuth Dottie and me

10/1 The girl tied to the tree has a blocked kidney so Monday they will do surgery. We have had rain for days until today. Eberto broke his foot. One of our 15 year old girls had a visit from her mother. She wants her to go to work The father said she was over educated. The judge left her with us.

10/3 A mother came to the gate today and she had been horribly beaten. Her husband had beaten her because she brought her children to us.

10/5 The courts brought us a 2 year old whom they said was retarded. One of our teenage girls said “Can I have him?” He could not walk, talk or even sit up. But in 3 months he was doing all three. Today that boy is our adopted son, Orlando Mynor, and he is a college graduate and on staff at Casa. This is the power of love. The girl tied to the tree had to have one of her kidneys removed. She has spent 31 days in the hospital.

10/13 We received 6 new children ages 12, 8, 9, 7, 6, 4. Today we finally have a new metal gate on the back property making it much safer and secure. Some of the older children asked if they could paint the 4 rooms in our new office complex. I love that because it makes them feel like it is theirs.

10/18 We began a new program and that is to take the 15 year old girls called Quincearas for a two night trip. So we took Nancy, Mildred, Marleni, Yohanna, Karen, Magali, Mayra, Flor and Marilyn to Panajachel which is a huge lake. So they stayed in a hotel for the first time and ate in a fancy restaurant . It was their first time swimming also.

10/19 We have 242 children now with 44 being in the baby dorm and 94 ages 13 and older. Dottie’s father was placed in a nursing home today. The courts called and asked if I would take a severely burned child. Ed did take her.