Sunday, February 10th, is our 56thwedding anniversary and I cannot think of a better way to celebrate it than preaching in a church that is less than 4 miles from where I was raised. We will be at Bayou Baptist in Evergreen, La. at 11am.

The team fed a meal to the Vencedores boys and then had cupcakes for the baby dorm. 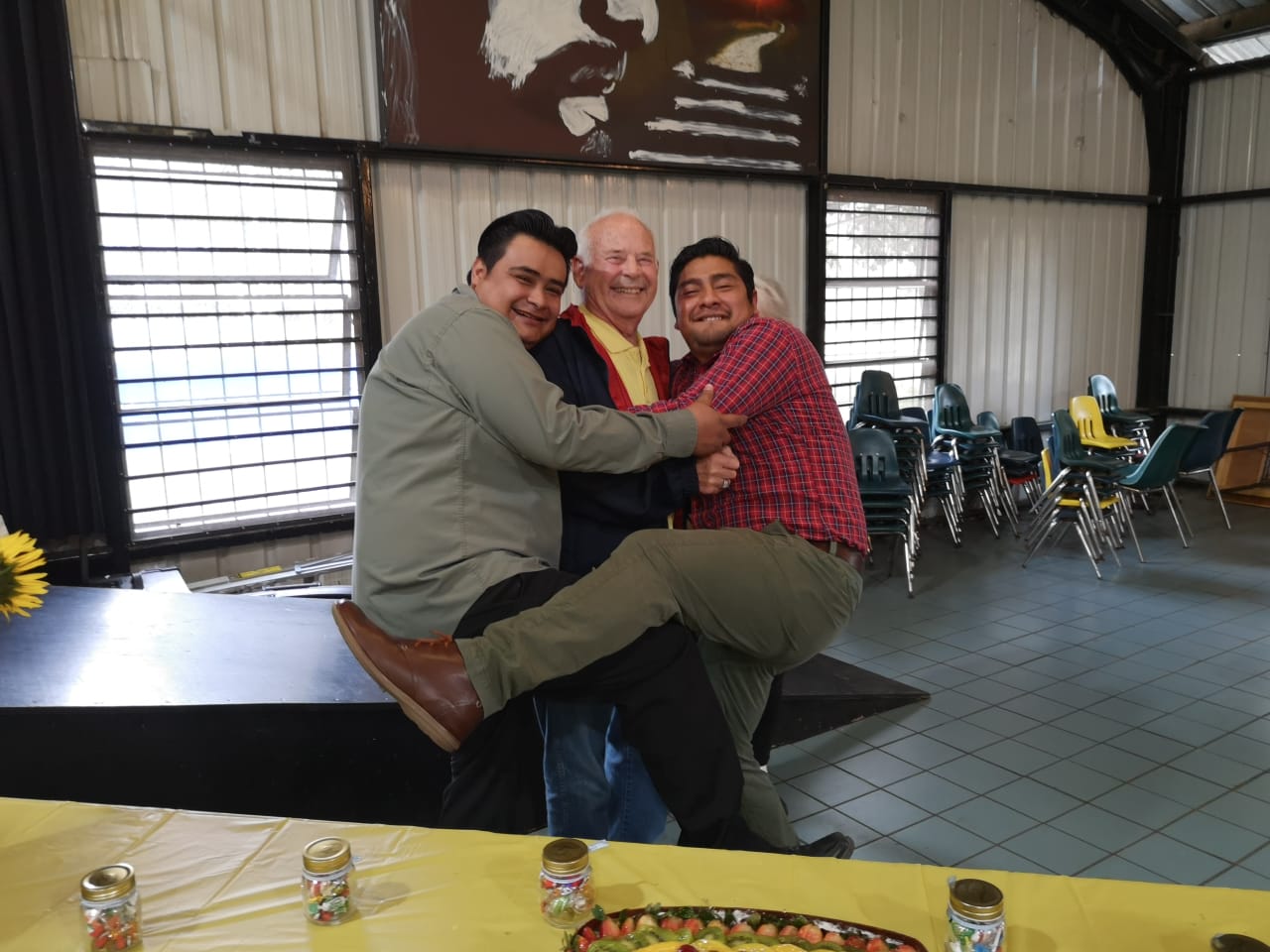 Reliving the past when I carried them.

August 1,1999 began with a deluge as we had 6 inches of water in the dining hall. Of course the children loved it as they slid everywhere with towels pushing the water out of the building. I need to remind you that in those days the visitors slept on army cots in two large tents. One lady said when she woke up she thought a dam had broken.

8/2. I had gone to court on a specific problem and while visiting with the judge a father came in said that the police had taken his 6 children and they were in 3 different homes. The judge asked if I would take them all and of course I said “Yes”. The judged looked at me and laughed and said “You are the Gringo who cannot say no”

8/4 Dottie’s sister arrived and when we returned to Casa Sheryl had just been robbed by 5 men and a woman. She was shaken but unharmed. The tile is completed upstairs in the new dorm. I began a weekly teaching on ministry. It was not obligatory but 52 children attended.

8/6. Sebastian, Billy and Ruebin held a prayer meeting from 9pm until 4a and 71 teenagers attended voluntarily. Each of these three boys preached. Dozens of the teens sang and gave testimonies. At 4am I sent the girls to their dorms but the boys wanted to keep going until breakfast at 7am.

8/7 Remember the man who wanted $120,000 for his property and then went down to $65,000 well today the bank called and said I could have it for $45,000. God is so good. Fernando who is one of our older boys has self-taught himself the guitar. Today he began leading music with Dottie playing piano.

8/11 Gordon’s group from Mississippi arrived. Jerry and his Alabama team also arrived and will be laying tile. So we should be able to move the boys from the tent to the new dorm. The courts have sent so many children that we will be constructing dorms for a good while.

8/13 Bill and his group from Alabama arrived and we will use them to clean our Christmas storage unit and separate gifts. Angie’s father sent hundreds of roles of Christmas wrapping paper.

8/14 was a day of fasting and prayer. Jorge fell and broke his arm. When we arrived at the emergency room there were patients waiting who had ben stabbed, involved in a car accident, a drunk hit by a bus and 4 people who were sitting in the back of a pickup when it rolled over.