The hoopla is over as graduations, awards and the presentation of the quinceaneras is finished for 2018. Marlin & her team did a great job with a skit that I know ministered to the parents.

Roxanna graduated & is leaving Casa to live with family members. When she came to talk to me she did not thank me for the food, clothing or education. She said, “Thank you for telling me about Jesus”. This was one of the greatest moments of my life. 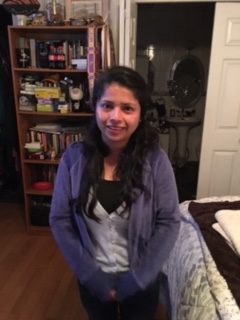 One of the most adventurous events of my life was driving the bus from Louisiana to our home in Guatemala. I already told you that Julio met me at the airport in Houston and we headed towards the border. I bought him a shrimp dinner and then he informed me he could not drive at night. So I drove and we went to the border in Brownsville. They turned us back for lack of the proper paperwork.

Since that was Friday we had to fax the information to Baton Rouge. When we received the paperwork we drove back to the border only to be told that we could not cross until Monday morning. So we shopped and filled up the bus with boxes.

At the free trade bridge they told me we would have to open the boxes. Each box was numbered and had a packing list. There were 138 large boxes with 7616 items. They opened 3 boxes and the items matched so they told us we could cross the border. It was nearly noon on Monday which was actually the time we had anticipating getting home in Guatemala. As we left the border with a caravan of 10 vehicles we drove less than 10 miles when another bus in our group ran off the road and rolled over a few times. We helped with the recovery and then continued.

Little did we know that the excitement was just beginning.