Brandi’s last Sunday! There will be a giant hole left when she leaves. The college girls and the visitors will miss her tremendously.

Dr. Herman sent a team from Georgia to visit today. 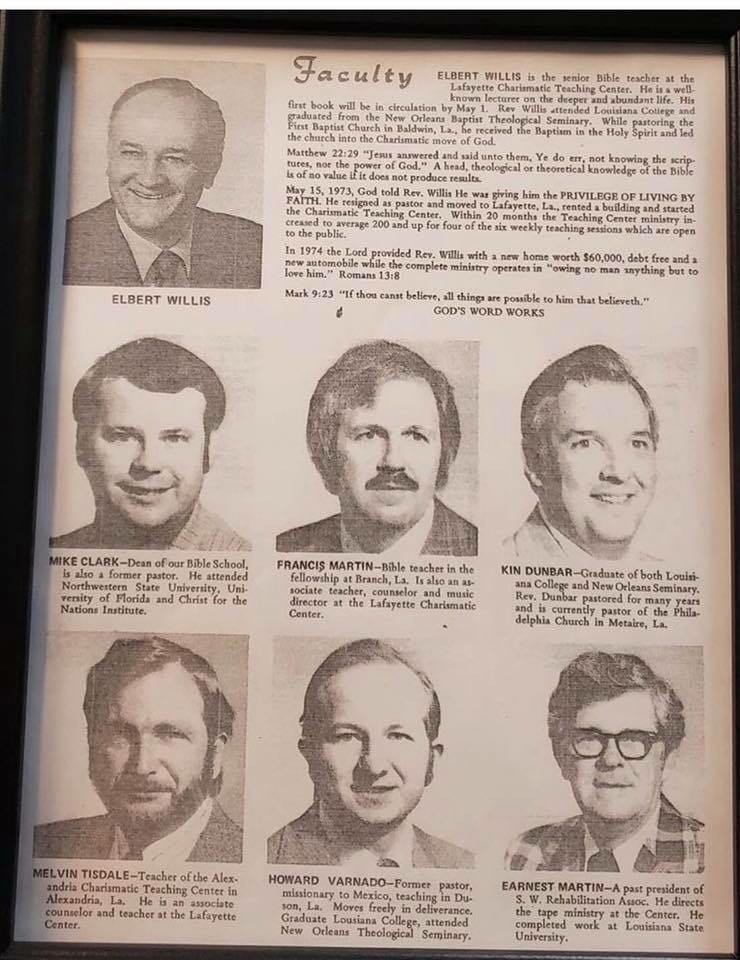 The staff at the Bible College in Lafayette. I am first on the left in the middle row. Next to me is Francis and below me is my pastor, Melvin, now deceased.[/caption]

I have had many experiences with the courts over the years. In the early 1990s Dottie and I wanted to take Gloria to the states with us. So I got her passport and went to immigration to get a visa. They told me that it would be ready in a week. Son in one week I returned and they said, “Manana”.

For a couple of weeks they would always tell me the visa would be ready “tomorrow”. So I decided that I would take my Bible and just sit in the outside office and read.

It was 6 weeks before I finally got her passport so as I was driving home the Lord spoke and said, “Buy them cake”. I was startled because I had held my peace for two months and the last thing I wanted to do was bless the workers in immigration.

As I looked to my right there was a bakery. I turned in and bought 4 cakes. Returning to immigration I placed one cake on the desks of the four people that I had dealt with.

A year later Dottie and I wanted to take 6 Guatemalan children to the states so again I go to immigration and apply for Visas. They told me to come back in one week. When I went back the Visas were ready. So I bought more cake. Life was more simple then.