Jeny has lived here all of her life & has graduated as a physical therapist. This morning her father passes away.

Both the Buen Pastor boys and the Vencedores boys had a choreographed presentation for Bible. I preached to myself as my topic was worry. But when I gave the altar call nearly 100 came forward. Making decisions about your future can sometimes be a frightening experience.

Dottie and I want to finish our race to the end and finish it with joy. For some reason the Lord has me studying the love of God. It has been in my heart for weeks. 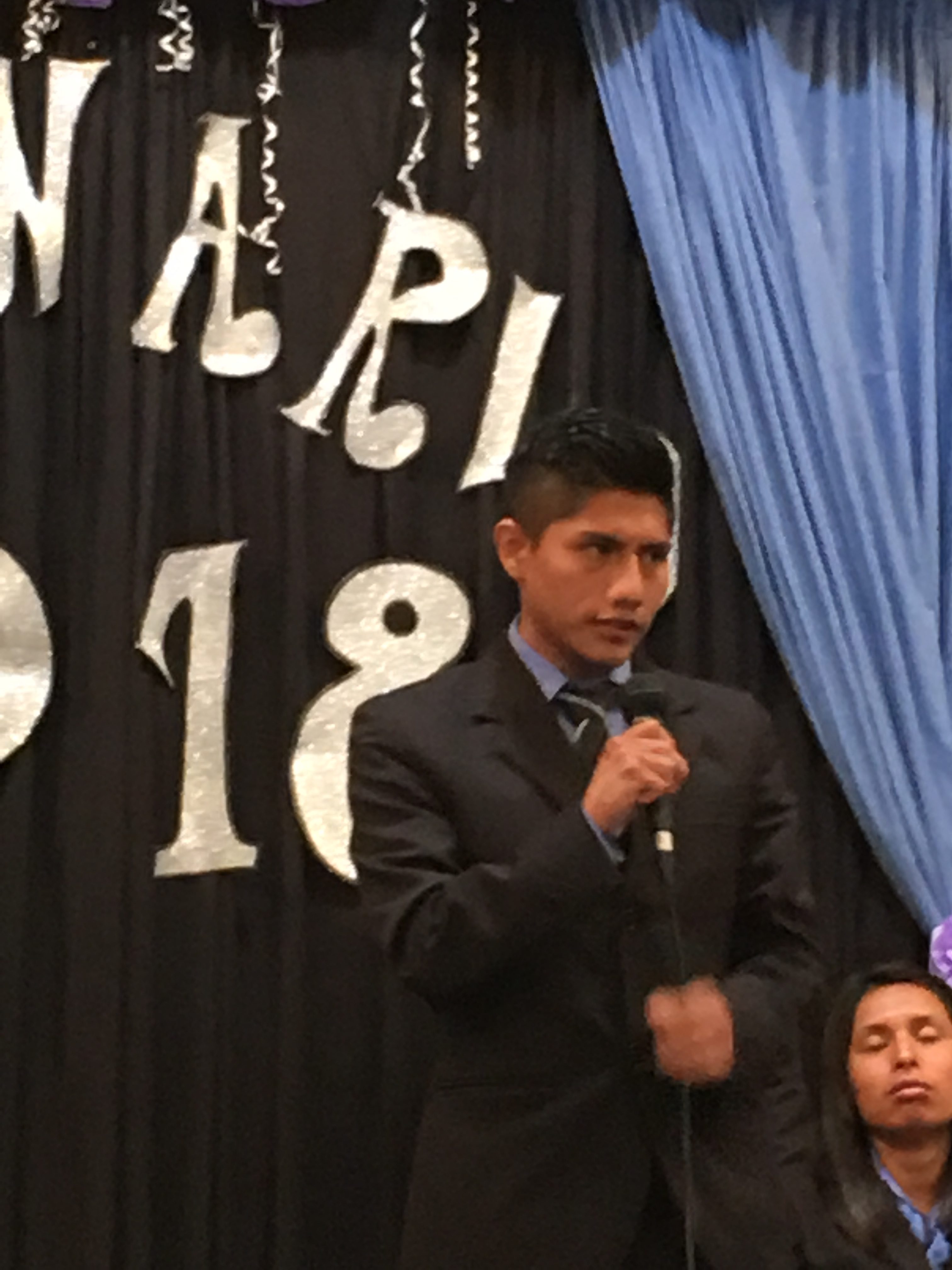 Timoteo speaking to the children[/caption]

One of the relationships that has lasted for many years is with a church in Grand Bay, Alabama. One day while we were working on a construction project a man entered the problem with an Alabama shirt. I was wearing an LSU shirt so we eyed one another with suspicion.

His request was that he had built a ministry home in Chimaltenango and the appliances here in Guatemala were so expensive that he was wondering if he could have space on the containers (18 wheelers) that we were able to ship back in those days. He even said that he would pay for the container.

We were able to get the containers he needed with the appliances and other items from the states. He and I have become very good friends and I appreciate his love for missions. He brings people from all over the USA and brings them to build homes for the poor.

He still gives me slights about how dominant Alabama has been the last few years. But he truly is a man with a heart for Guatemala and missions. He has made a great impact in Guatemala.