We had a water baptism and 20 children and one adult were baptized.

The Illinois team began working on plumbing and electrical projects.

Last night we had the same amount of rainfall as we did when the wall fell. So, when I woke up, I went and checked on the wall. It does not seem to be any more damage to the remaining wall. 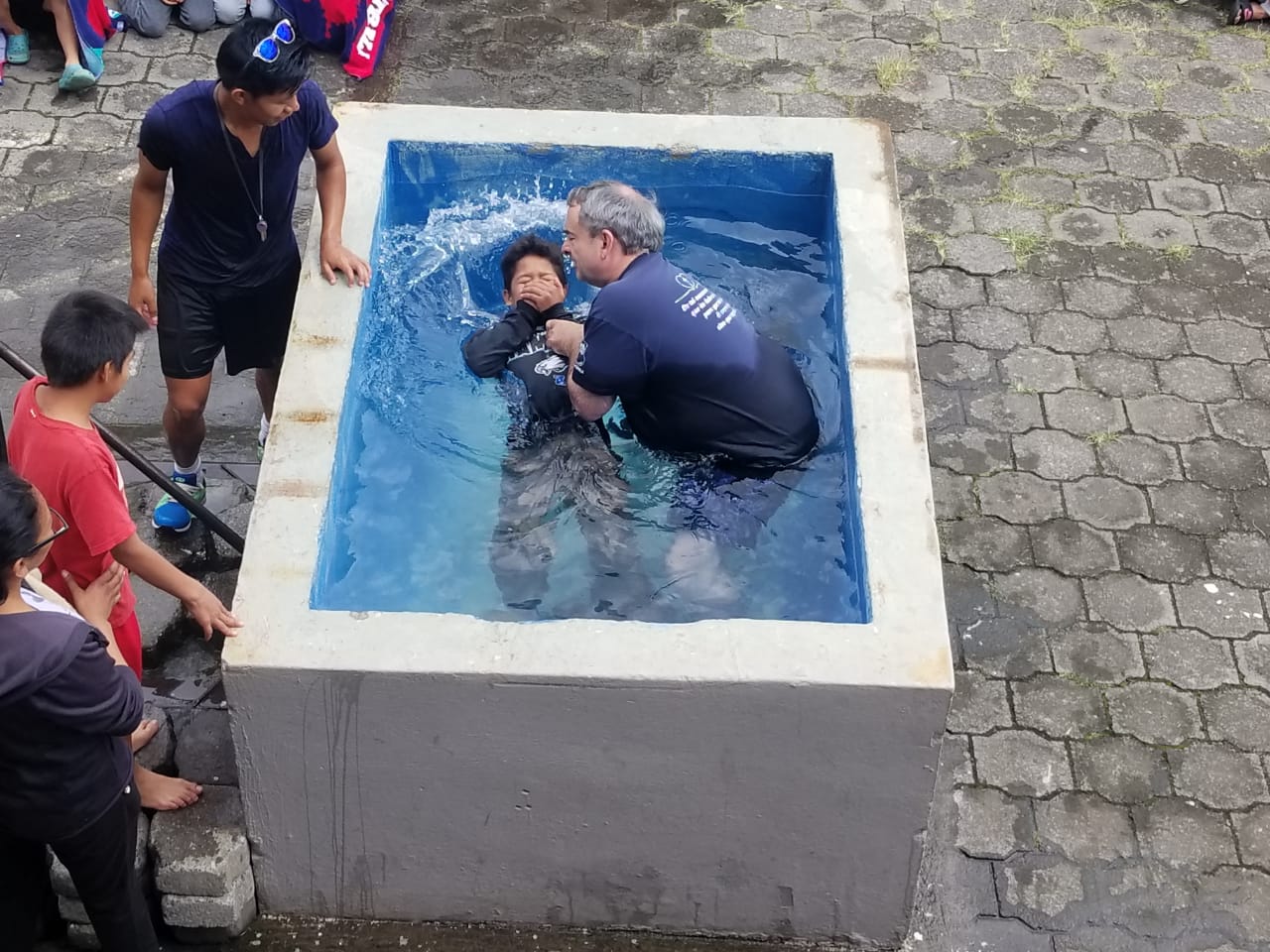 Jim baptizing one of the children[/caption]

The way the Lord put us together with people who have been long term participants at Casa is nothing short of amazing. I believe that twenty years ago we were building a boy’s dorm when a gentleman from the Woodlands, Texas dropped by.

He told me that he was a missionary minister at a church where he took multiple mission trips all over the world. He said that he brought husbands and wives but the men worked a good distance from Casa and there was not anything for the women to do. He asked if I would allow his women to start coming to Casa.

I thought it was a one-time trip but those women have been coming every year for twenty years. They focus in on ministering to the teenage girls and aside from this they are tremendous prayer warriors. While the children are in school they go to every dorm and anoint the dorm room and pray for those who live in that dorm. They even do it for the house parents and my house.                                                         I did not realize how important this relationship would be. He invited me to be part of a missionary conference at his church that was the largest congregation I would ever minister to. It was awesome and the rest is history.