One of the teenage girls was taken to the hospital with appendicitis and had surgery.

The Oklahoma team will began a VBS tonight with the university boys.

They are doing VBS by dorms. Jim took some of the teens to a Christian concert. 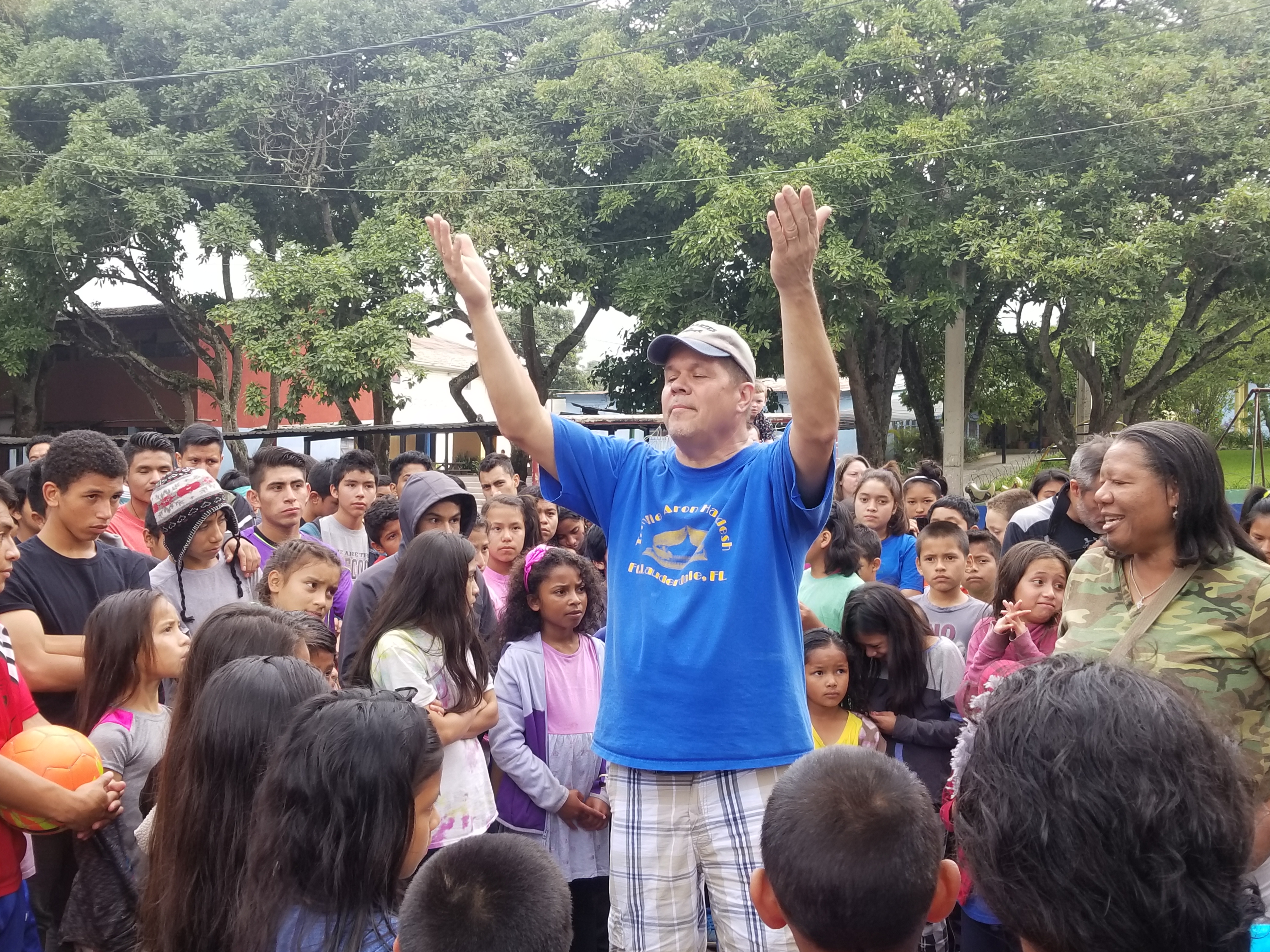 Rabbi Joe praying for the children

I fell in love with her the moment I met her. So I gave my girl friend a two week notice and I began to attempt to date Dottie. But she would not date me. The love I felt for her I would not understand until later. The fact that she would not date me made me want to just forget her and date someone else. But the pull in my heart would not let me walk away.

It would be later when I would read in Romans 8:38-39 that “Nothing can separate us from the love of God”. When I saw Dottie and thought I had fallen in love it was not a natural love. God gave me His love for Dottie and you cannot escape from His love. I would have walked away had it been simply a teenage love. But I could not escape His love. Neither can you!