Everyone settled into the work day after a holiday yesterday. Duke and James continue to do maintenance especially in the area of plumbing. There were more court hearings today.They seem to never stop. 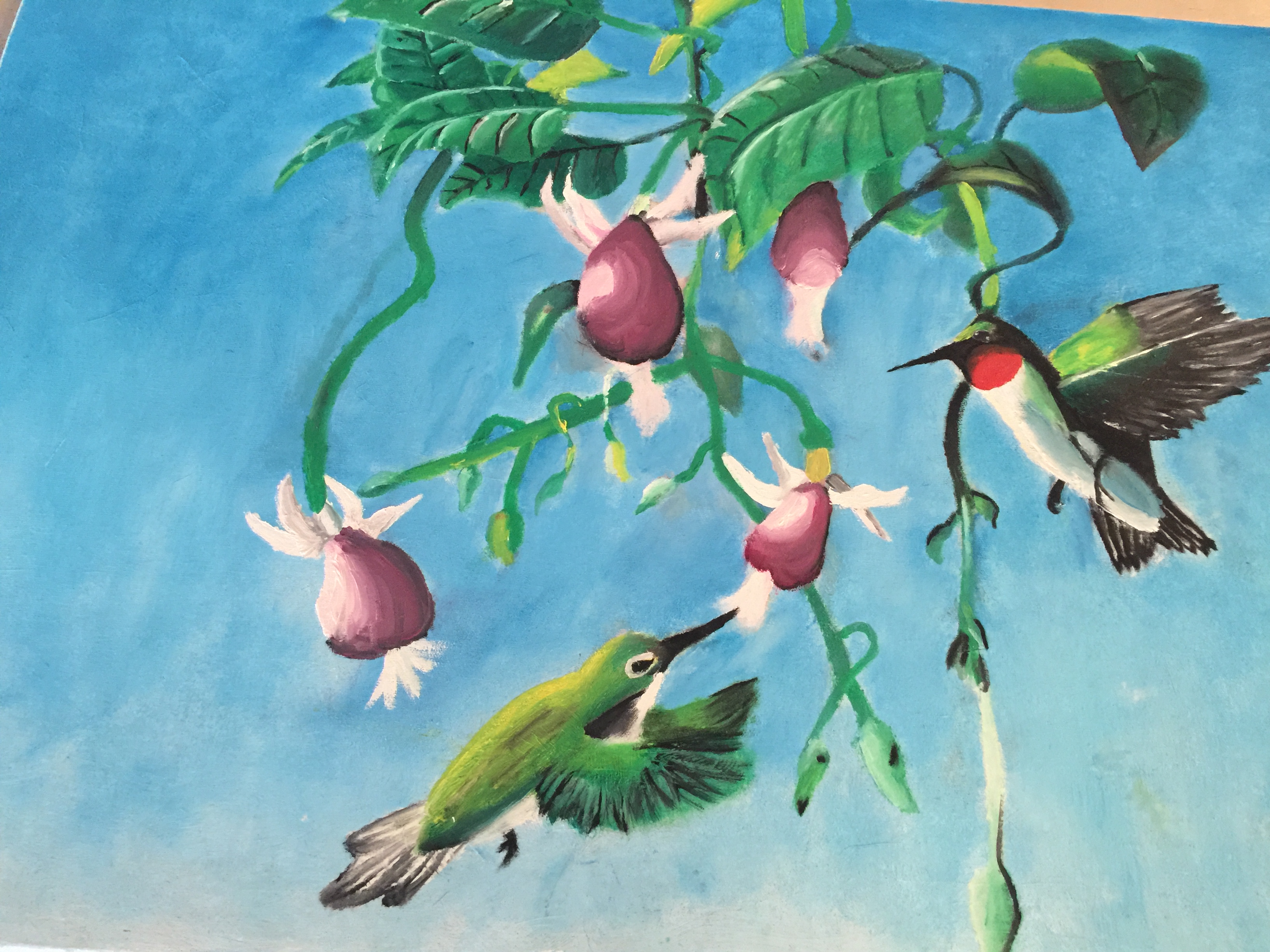 Painting by one of the teens[/caption]

I need to remind myself every once in a while that Jesus never promised me a trouble-free life. There will be tests and failures as well as victories. But He said a number of times in His Word that we are to be strong and courageous. He will never abandon me or allow me to fail (fall) completely.

In 1933, Franklin Roosevelt said, “The only thing we have to fear is fear itself”. I fear snakes which is good. But there are fears that are destructive. It is the fear that paralyzes me. There have been times I have been tempted to quit. The task just looks overwhelming and I think, “I am 73 years old and I do not need this.”

But God has not released me and I doubt that He will ever allow me to retire from ministry. I want to run through the finish line and not stop short. But truly fear overcomes me at times. Finances, health, problem children, government officials and other battles seem to be on the horizon more and more as I age.