Vilma left the hospital Thursday and baby Jerry today and both are doing fine so praise the Lord with Adam.

Cluadia came here when she was two years old and today was her "transition" into the world. She has worked and studied, has a bank account and we cried together. There are pains & there are joys & she is a joy.

The university boys moved into the refurnished dorm with Oscar and Josue' as dorm parents. Oscar has had them giving a nightly devotion. All of them participate and prepare a lesson. This is a good start for the new school year.

David, who is the brother of Annie who died, came & asked if he could be the dorm assistant in the Los Cometas. He and his brother Elias have such grand hearts. 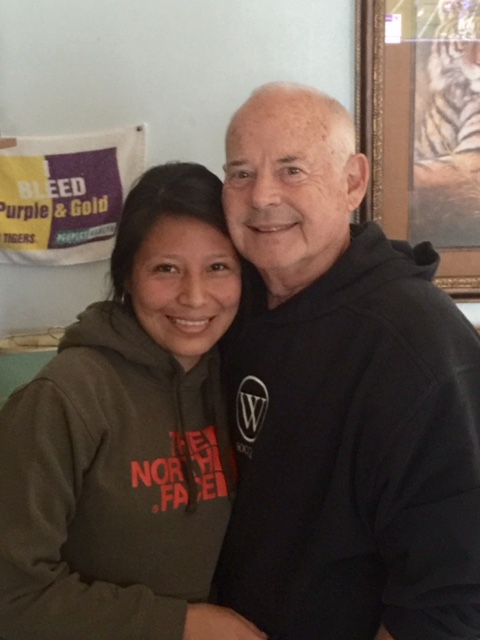 When Jonah admits he is a Hebrew and says, “I fear the Lord, the God of heaven which hath made the sea and dry land”. Now the sailors are truly terrified because they realize that they have found the true God Who sent and controlled the storm.

Jonah asks them to throw him into the sea. He had no desire to repent as all of these heathen sailors were doing towards their false gods. I am afraid that I see cults and false religions that are more animated, powerful and seeking for their sinful doctrines then we Christians are.

The sailors row even harder because they are not going to accept Jonah’s blood on their hands. Remember Jesus? The Pharisees said in Matthew 27:25 “Let His blood be upon our hands and upon our children”. Little did they realize the generations of hatred that would pour upon their heads even until this day.

After they pray and asked God not to hold it to their account they threw Jonah into the sea. They sacrificed and prayed so they became the first converts on the road to Nineveh”.

As soon as Jonah hit the water the storm stopped. Peace came! Peace is the calm assurance that God is doing what is best for us.