The wind was so strong that trees fell in our area but none at our home. But they did fall across the electric lines.

As you know the baby dorm is called “The Little Angels”; the little girl’s dorm is “The Little Stars” and so we will name the new little boy’s dorm “The Little Comets”. In Spanish that is Los Cometas.

Gladys gave out all the gifts to Vencedores. Thursday we will have a concert & Friday evening a banquet for the teenagers at which time they will receive their gifts.

Dottie & I began buying gifts for next year but only dollar items.

Happily & with all glory to God Dottie can see the entire globe in her eye meaning that it is shrinking and healing.

We will need 69 pairs of shoes for boys & 103 pairs for girls. That is a black pair for school and a pair of tennis shoes each. 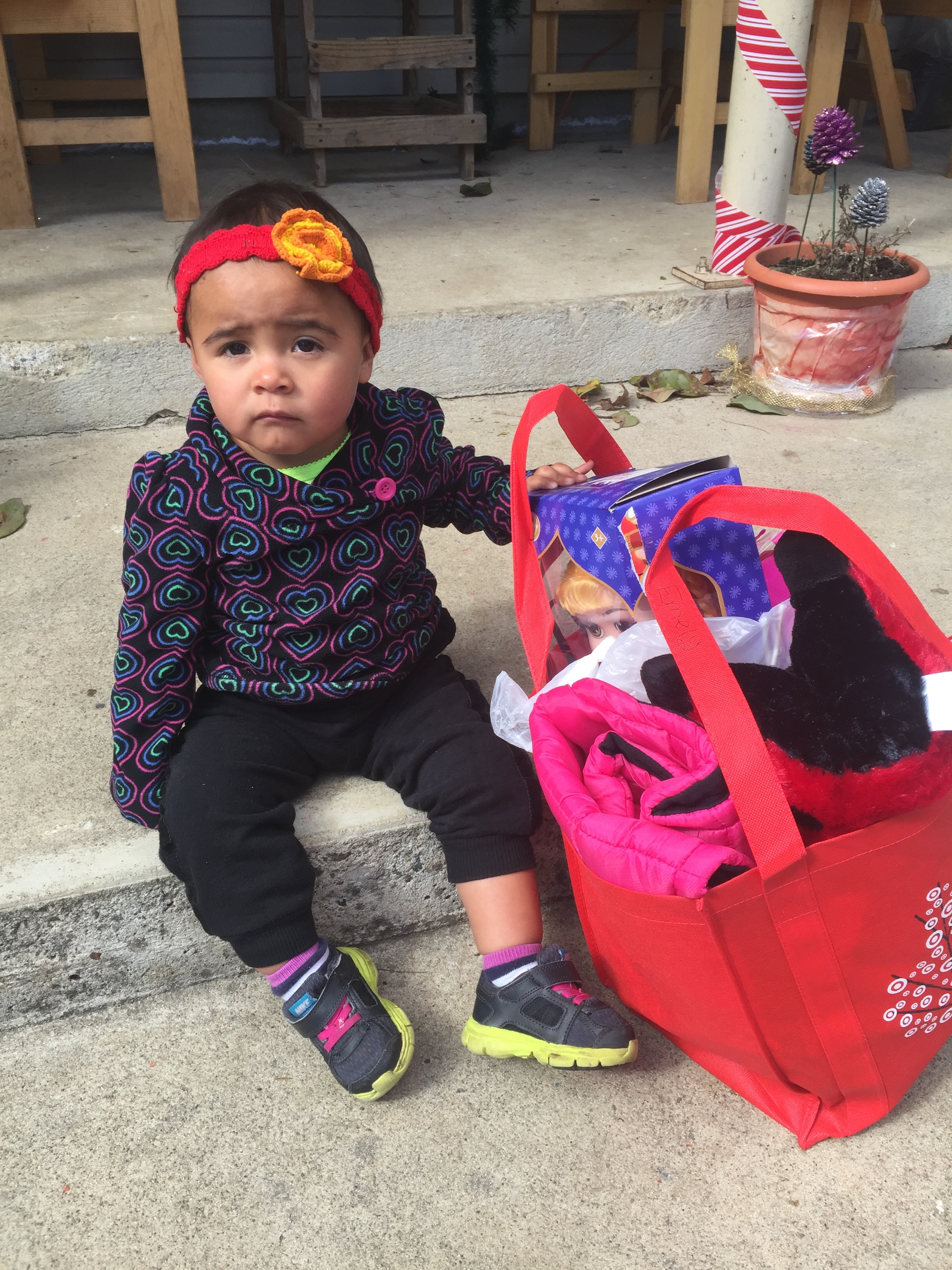 Our granddaughter Emily--not too happy with her gifts[/caption]

Jonah ran from God when told to go to Nineveh. Nineveh was the largest city on earth during Jonah's days and was head and shoulders more vicious than any nation that ever existed. These were the Assyrians who would skin people alive to decorate their walls. They cut off one hand of every slave; The would begin at the toes and fingers and chop off a digit at a time & remove arms or legs until the victim bled out.

I have preached in many different places and to people of different denominations but if God said, “Go into the middle of Isis and tell them judgment is coming” I would hesitate. These people had tortured Israel for generations.

Nineveh was so large it took 3 days to walk around it. The walls were 100 feet high and so thick that 3 chariots could race on the top.

When I read of Jonah I can understand why he was hesitant although I will give you a few options to choose from as we study. Frist, if God asked a Jewish holocaust survivor who watched his family raped, abused and murdered to go preach to Nazis in 1948 what do you suppose his feelings would be.

I imagine that Jonah who was a prophet for decades had seen some pretty terrible and wicked actions against his nation. Maybe he had fear which I can understand. But I think he hesitated for another reason which I will share later.

What would you do?