What a day! Tony & Gladys left at 6am with the flowers for the wedding & the two of them did all the decorations. Then Dottie & Gladys had to make more bouquets.

Ezdras & Candida took their baby to the hospital in Antigua.She is fine.

At 9 am parents began coming through the gate for visitation with their children from 9am to 3pm so our staff was spread thin.

I drove the beautiful bride, Marlin Estephany, to the wedding site, preached & gave away my 5th daughter in 13 months. They were Rosario, Ana Ruth, Flor, Dorothy and now Marlin as well as 3 of our sons from Casa. 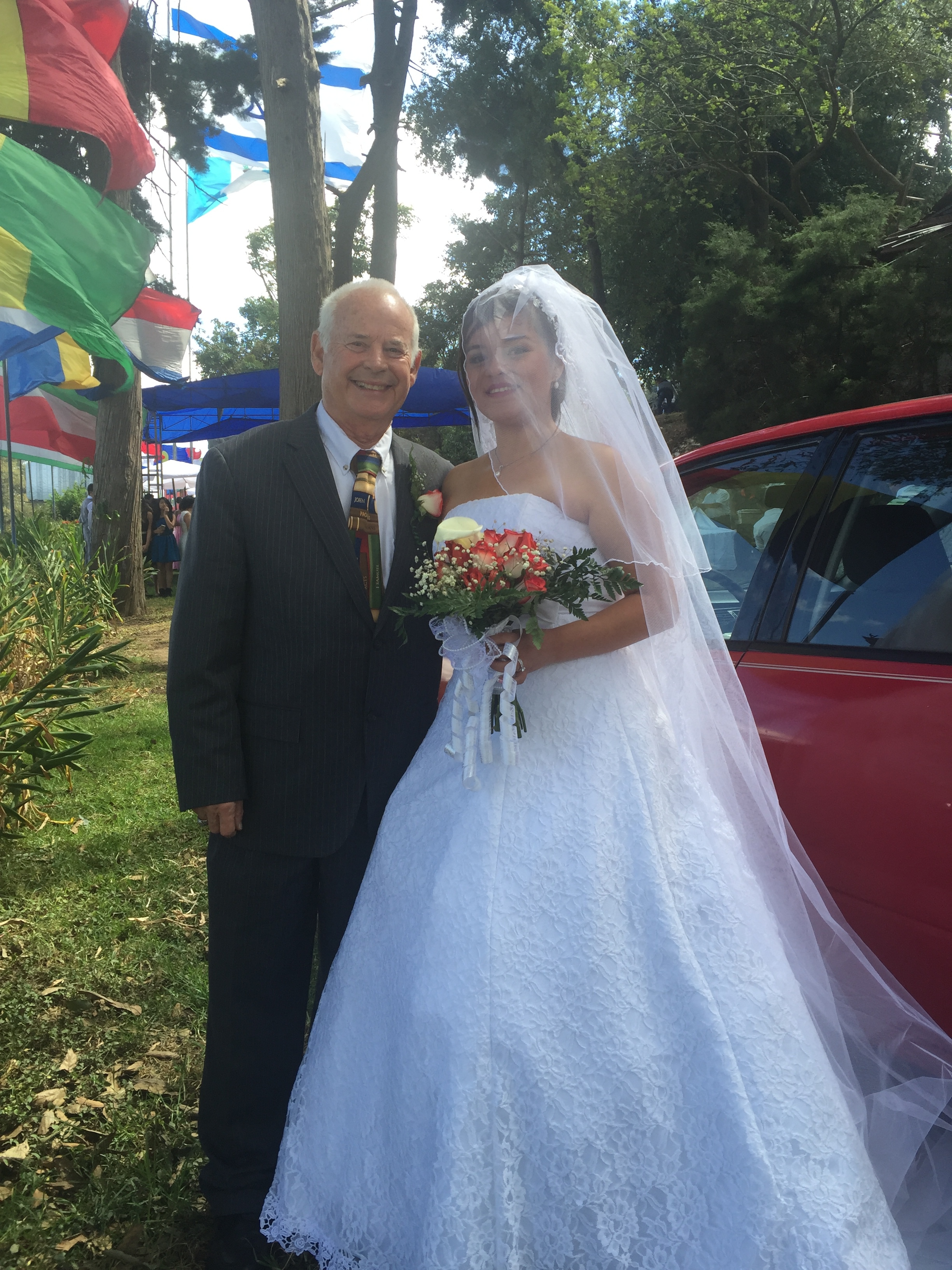 Joel is the first person in the Bible to use the term “the day of the Lord” which refers to the 7 years of Tribulation. In fact he refers to it 5 times. He also hit it on the head by naming the place of the Battle of Armageddon.

Unlike Hosea who spoke to Israel Joel spoke to the two tribes of Judah. It is a small book of only 73 verses. The first 37 verses call the people to prayer and repentance. The latter 36 verses is a promise to remove plagues, bestow prosperity and give rich spiritual blessings.

The key verses are 2:12-13, “Yet even now, declares the Lord, ‘Return to Me with all your heart, and with fasting, weeping, and mourning; and rend your heart and not your garments.’ Now return to the Lord your God for He is generous and compassionate, slow to anger, abounding in loving kindness and relenting of evil.”

He preaches about a coming catastrophe.