Dottie & Gladys went early to buy flowers for the wedding & then Dottie started doing her magic of bouquets, boutonnieres and place settings.

Kaiser’s mother was well enough to go home. He will be at least 2 months in the hospital.

Jeremy has continued to work on the new dorm & his diligence will have us so near to completion by January 1st. 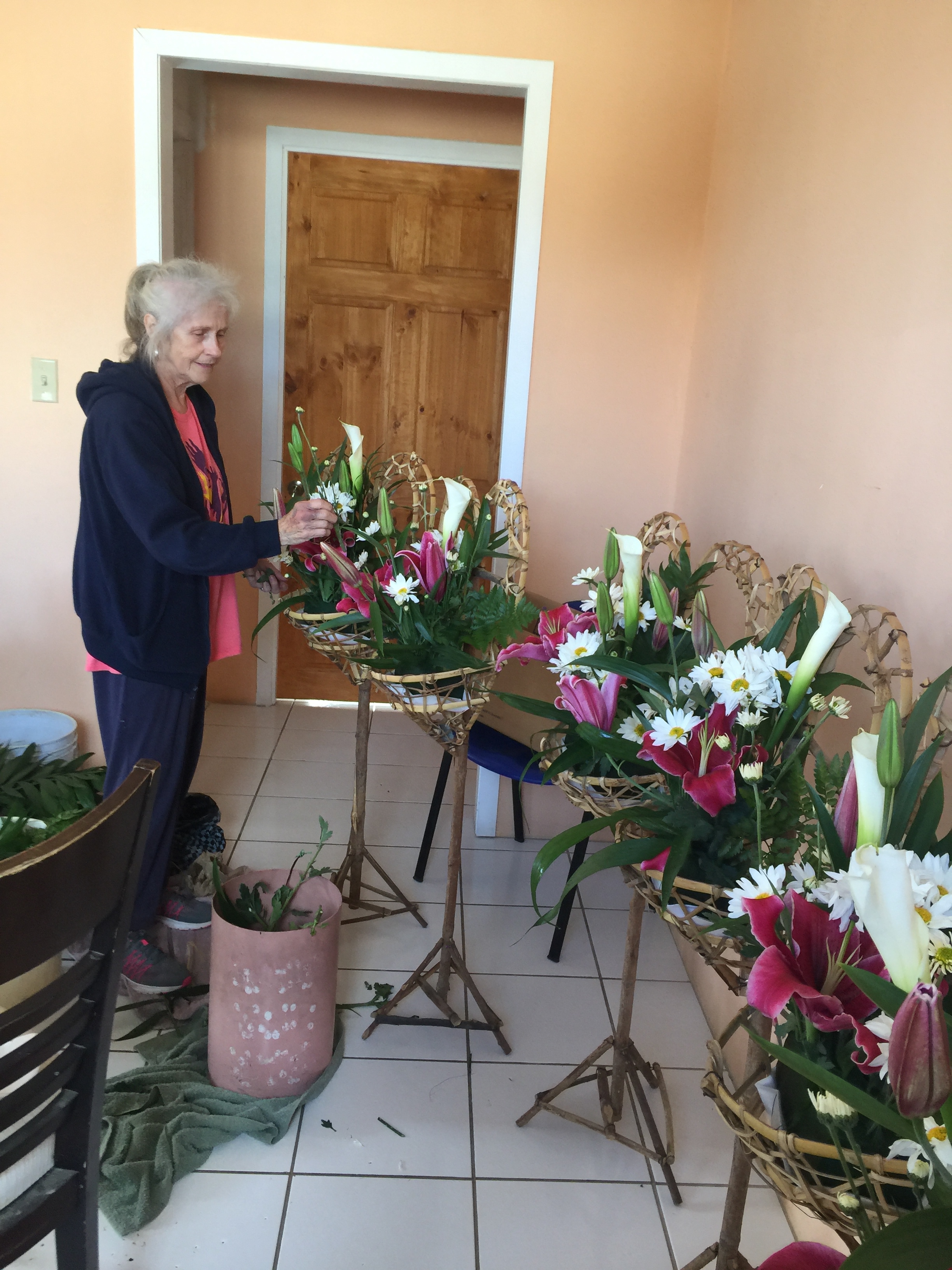 Jeremiah was known as the weeping prophet. He had such a connection with God that Jeremiah wept over the sins of the people and their refusal to repent. When his homeland, Judah, fell his heart was crushed. In Lamentations 2:11 he says that he cries so much that his eyes cannot see.

Jeremiah was called as a teenager and his answer to God was similar to that of Moses in that he says, “I do not know how to speak, I am too young”. God answers him by saying he will fill his mouth with God’s own words although his life will be filled with heaviness and danger.

The word, ENDURANCE, would be the word I would use to describe Jeremiah. People today simply quit when things are difficult. The rule of the Assyrians has ended and when Jeremiah arrives on the scene the Babylonians are in control. The people of Judah fall into idolatry and Jeremiah will minister to five kings over a period of 40 years.

Judah is unwilling to repent.