Very cold for Guatemala. The visitors played soccer and other games with Lee’s boys in Vencedores.

The only tiles left to be laid in the dialysis unit are the small pieces around the rooms on the third floor.. Also the paving blocks for the road will be finished this coming week also. 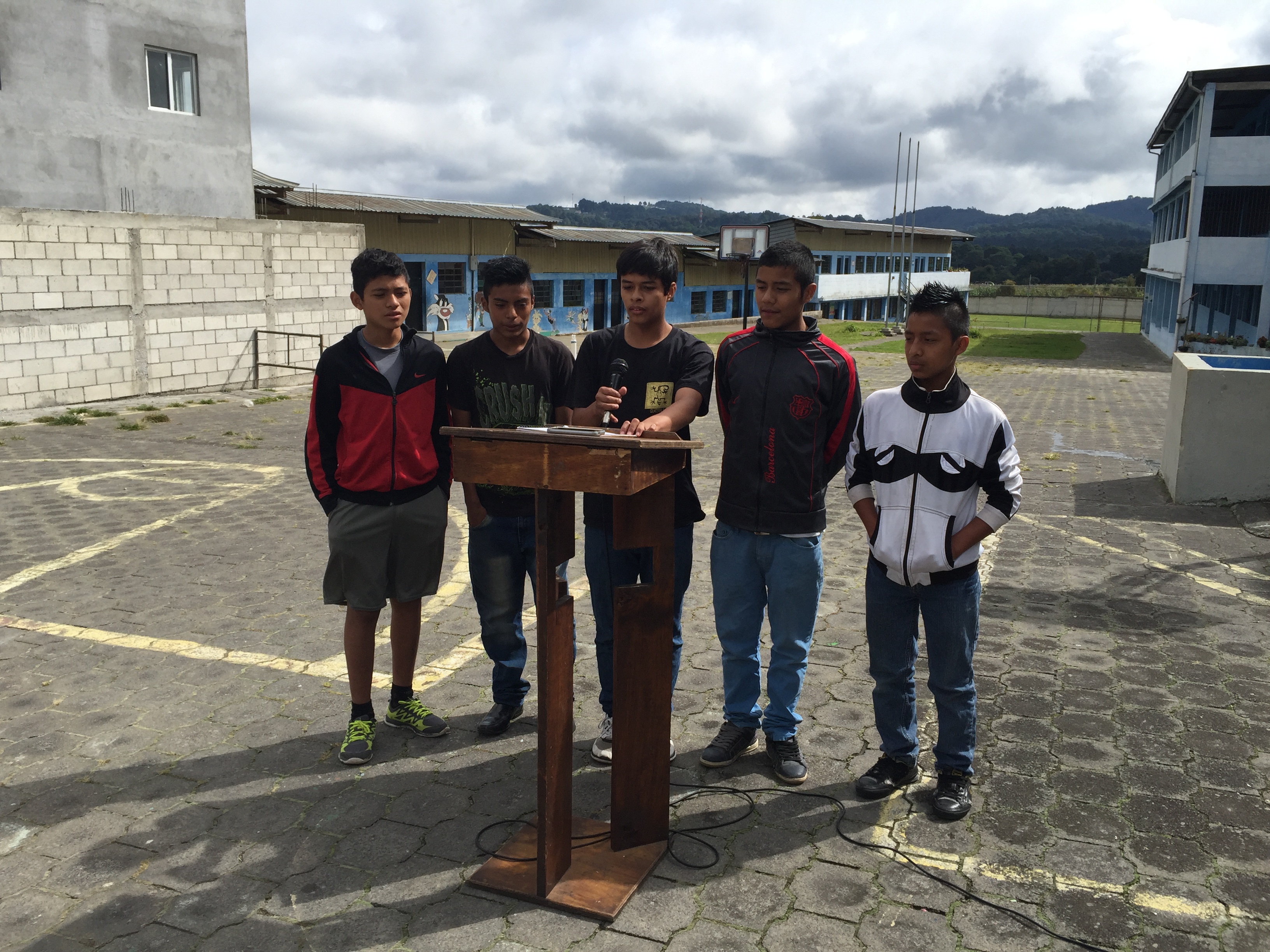 The boys singing for the baptism[/caption]

Like Elijah, I had forgotten the call of God on my life. The restoration of my vision and the rest I received at both Thom’s farm and Mark’s home strengthened me. I saw the baton in my hand.

When I was young I ran track and field. We had some speedy guys. I ran the third leg on the relay teams. In the 440 yard relay at state which was the first time I walked on the field at LSU I was ahead of my competitors when I passed the baton to Clary who was one of the fastest in the state. The race would be ours and I would receive a state championship medal.

But Clary took two steps and I heard a “Pop” and he grabbed his hamstring so not only did we lose we were disqualified to compete in the other two relays. With him having a torn hamstring it was over. The key to the Christian life is that each of us run our race and pass the baton to the next runner. That is the key to successful ministry.

Recently I heard that a church I served in which had 2000 members closed. The baton was not passed. I have returned to Guatemala with a new fervor and desire to run through the tape and place the ministry is the hands God has chosen.

Elijah was a loner. He thought he was the only prophet in Israel but God showed him that there were 7000 other prophets. Elisha would begin the school of the prophets. That was the difference. Lone rangers like Elijah burn out.

Remember there are no stars in a relay race!!!