We returned to Guatemala arriving at 11:05pm CST and had no problems in customs.

We need to make a change in the way that we work with teams financially. We want ALL money from teams and visitors for room, board and project money to be sent to Debbie Hyatt in Lake Charles. BYHR. PO Box 12764. Lake Charles, La. Please do not bring money to Guatemala. Be sure it is marked as to what the money is for. We will then transfer it to Guatemala. With the transition I just want to tighten everything up for the IRS and our own bookkeeping purposes. For your personal shopping you can bring cash. 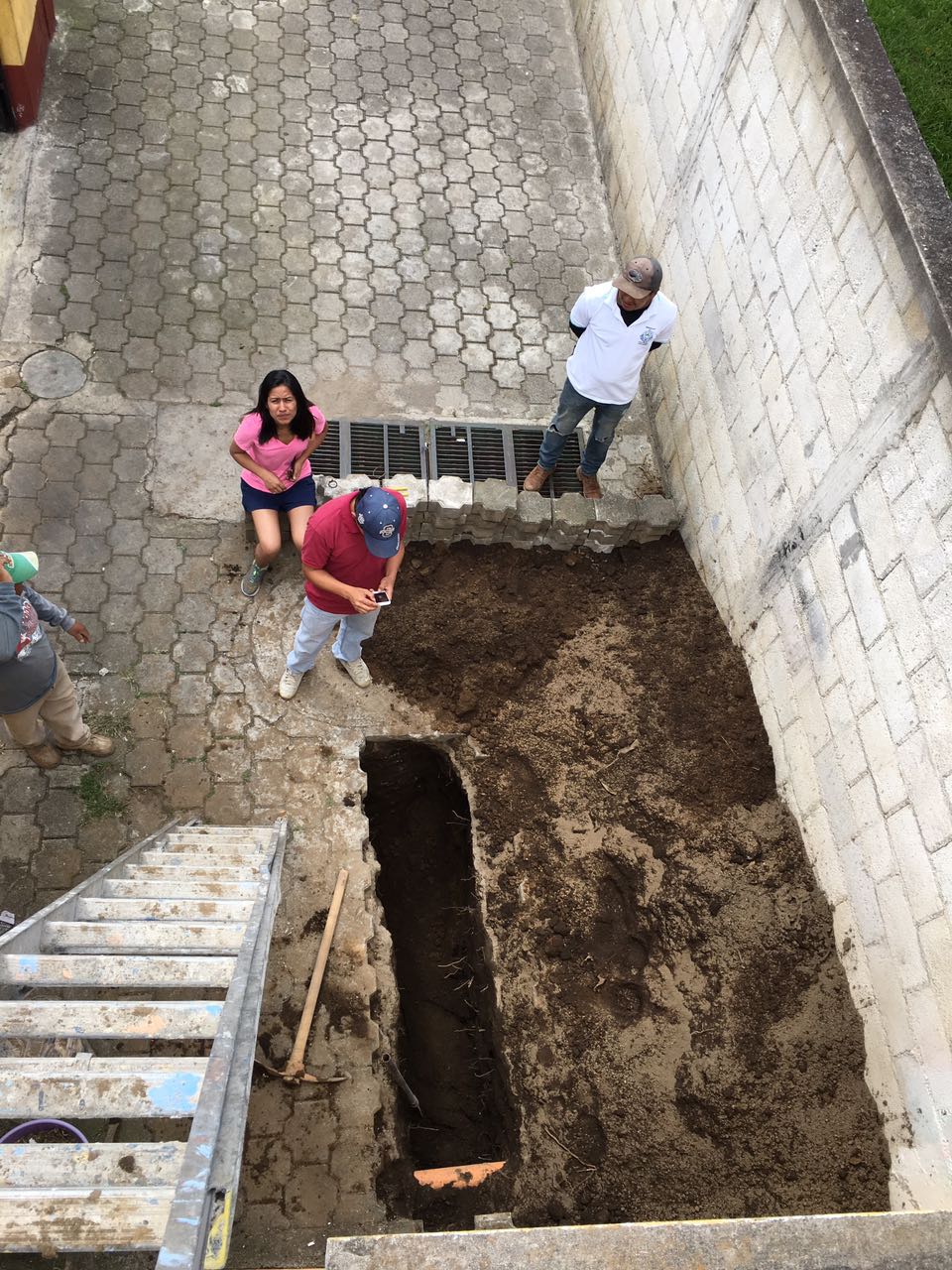 Permission granted by the village to connect the dialysis building to the sewage system.[/caption]

At 30 years of age David finally is anointed king. At first there I division because David’s son, Ish-bosheth, anoints himself king of the northern tribes. But 5 years later he is killed by his own soldiers and David unites the kingdom.

David was such a great warrior and leader that Israel would grow to be 10 times larger by the time he dies. He will organize a government and bring the Ark of the Covenant into Jerusalem.

It was this time when he was so successful that his real enemy, Satan, saw an opening and it was the lust of the eyes. Quickly that became the lust of the flesh and David committed adultery for which he would pay mightily. When Bathsheba is pregnant David tries to trick her husband into returning and staying the night with his wife so the world would think if was her husband’s child.

The trick did not work—it never does with God—so David had her husband murdered. But four tragedies would result from his ONE sin. That is how Satan operates. If he can get us to sin a little he will eventually charge us a lot.

First, the baby dies. Second his son, Amnon, would rape his own sister Tamar. Third, Absalom would kill Amnon and finally because Absalom was so disgusted with his father for David not punishing Amnon he rebels and dies in battle.

Small sin? There is no such thing!