Up to 4am with 2 heavy burdens. Gabby, Genesis’s sister, age 18, received the report that her kidneys have both shut down. She left Casa 3 years ago to live with her mother. A catheter was inserted & she began hemodialysis.

Then Larry & Sue will be leaving May 22nd which is devastating to me. They are our age so I understand their desire to spend twilight years with family. It will leave a huge void at Casa in more ways then I can share. How wonderful they have been! I do not make friends easily and I will miss them tremendously.

Jim & Gladys took some of the discipleship girls out to a movie & lunch. Another boy broke his wrist today playing soccer so it is a good thing that we have a physician on staff.

Help me o Lord to do the following!! 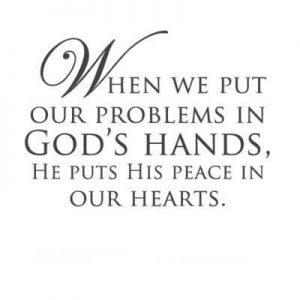 Reading the story of David of whom more is written about than any other person in the Bible including Jesus always made me envious of his friendships. There was not only Jonathon, the son of Saul, but there were at least another 33 soldiers who were so close to David they would have died for him.

We all need the support of a friend. David was stressed much of his life even as the youngest child in his family until the very end of his life with the rebellion and sins of his sons. David won the victory over Goliath and therefore gave King Saul a great victory over the Phillistines. But instead of being grateful we know that Saul became jealous and even threw a javelin at David.

David refused to fight back. He could have destroyed Saul but David chose the path of forgiveness. My heart is so far from that! I know had I been David I would have struck back–gotten even–or worse. David, as all of you know, was a man after God’s heart.

I am simply a man who struggles with rejection, disappointments and too often depression. People are always asking what they can do for me. Read the above sentence again and you will know how to pray for me. There is so much to do and so little time to do it!