Dottie & I drove to Lafayette where we had dinner with our daughters, Tanya and Crissy, and our gramdchildren. The stay at Mark & Gina's this week refreshed us tremendously. 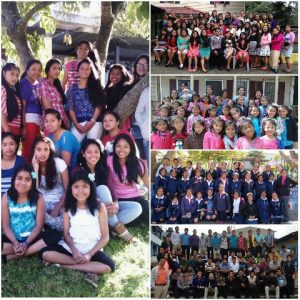 When Satan came into the garden of evil and destroyed Adam and Eve he has forevermore wanted to destory you and me. In the Old Testament the forces of Satan have been referred to as evil spirits, perverse spirits, unclean spirits as well as demons. They were seen to cause madness, physical ills, mental ills.  They caused crippling, blindness and worst.

But in the New Testament they meet Jesus and not one time did they conquer Christ. He made the blind to see, the insane to be cured, the crippled to walk and much more. They NEVER one a battle against Jesus and never will.

The New Testament refers to demons differently than the Old Testament. Paul refers to them as principalities, authorities, powers, dominions, world rulers and spiritual forces. The word "POSSESSED" is not found in the The Gospels. A demon cannot "Control" us but it has the power and the goal of INFLUENCE us.

They lie about who we are in Jesus; they want us to be bitter and angry and unforgiving as well in sadness and despair. They want us to walk in fear and doubt. They desire that we have addictions such as food, sports, politics, drugs or whatever gets us to be totally unconcerned with what Satan is doing.

But Paul came to the heathen city of Ephesus and said "Get dressed. It is time to fight." He describes the clothing as the armor of God. All the weapons are defensive but one. That is the Sword of the Spirit which is the Word of God. It is offensive and meant to attack the enemy. We will look at our weapons over the next few days. You can win in the battle set before you.