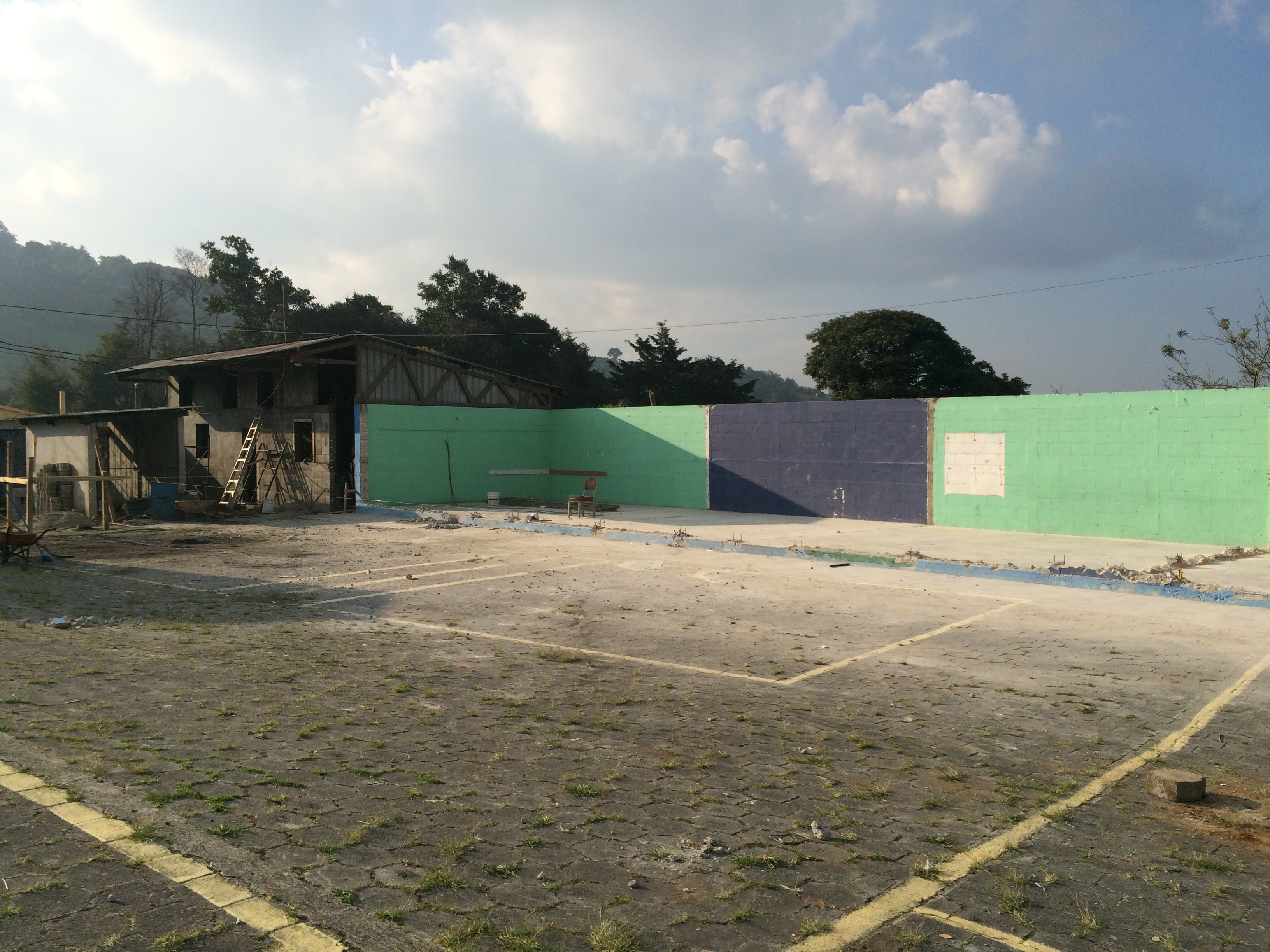 In all of the years of taking the quinceanera girls to the hotel this was the first time I was anxious to get home. The girls were great and we had so much fun but I am exhausted. The wedding, firing 6 teachers, surgery on my granddaughter whom we flew to Guatemala, graduation, quinceaneras, the hotel and Christmas staring me in the face all have weighed heavy on my slow-healing spine.

The classrooms are gone. The building is laid out and we will meet with Dr Lou on Friday for finalization.

The mother of Vilma, Adams wife, passed away today. Adam said that she asked Vilma twice to forgive her and she also accepted Christ as Savior. My favorite character in the Bible other than Jesus is the thief on the cross. The mercy of Christ is so powerful that even without the opportunity to join a church, get baptized, tithe, join a choir or any other acts his confession of Jesus even at the moment of soon coming death God welcomed him as His child. Never too late!! But do not waste the opportunity to serve Him for years.

I want to begin this section on mingling with the world by sharing some things I ha ve read the last few days as I followed the death of Myles Munroe, his wife and daughter. He was a minister who pastored a large church but also ministered to over 500,000 people in person each year. Throw in his 69 books as well as TV programs and the number is in the millions.

Yet I read that the government of the Bahamas made a statement that he was not a man of God because he criticized homosexuality and other “socially correct” stances which ha become common place world wide. Another person wrote that the reason he is an atheist is because “preachers” have private jets and skim millions of dollars from gullible congregations. A man who wrote and sold millions of his 69 copies of his books was wealthy in his own right. But that is beside the point.

He took a stand against sin which is something very few “ministers” actually do. He refused to “MINGLE” with the world around him.

There was a great man in the Bible who mingled and lost his greatness. His name was Solomon and he was the son of King David. He asked God for wisdom and later quit applying that wisdom given to him by God. How did he fall so quickly and so far? The answer is what we will look at tomorrow. He “MINGLED” with the world.