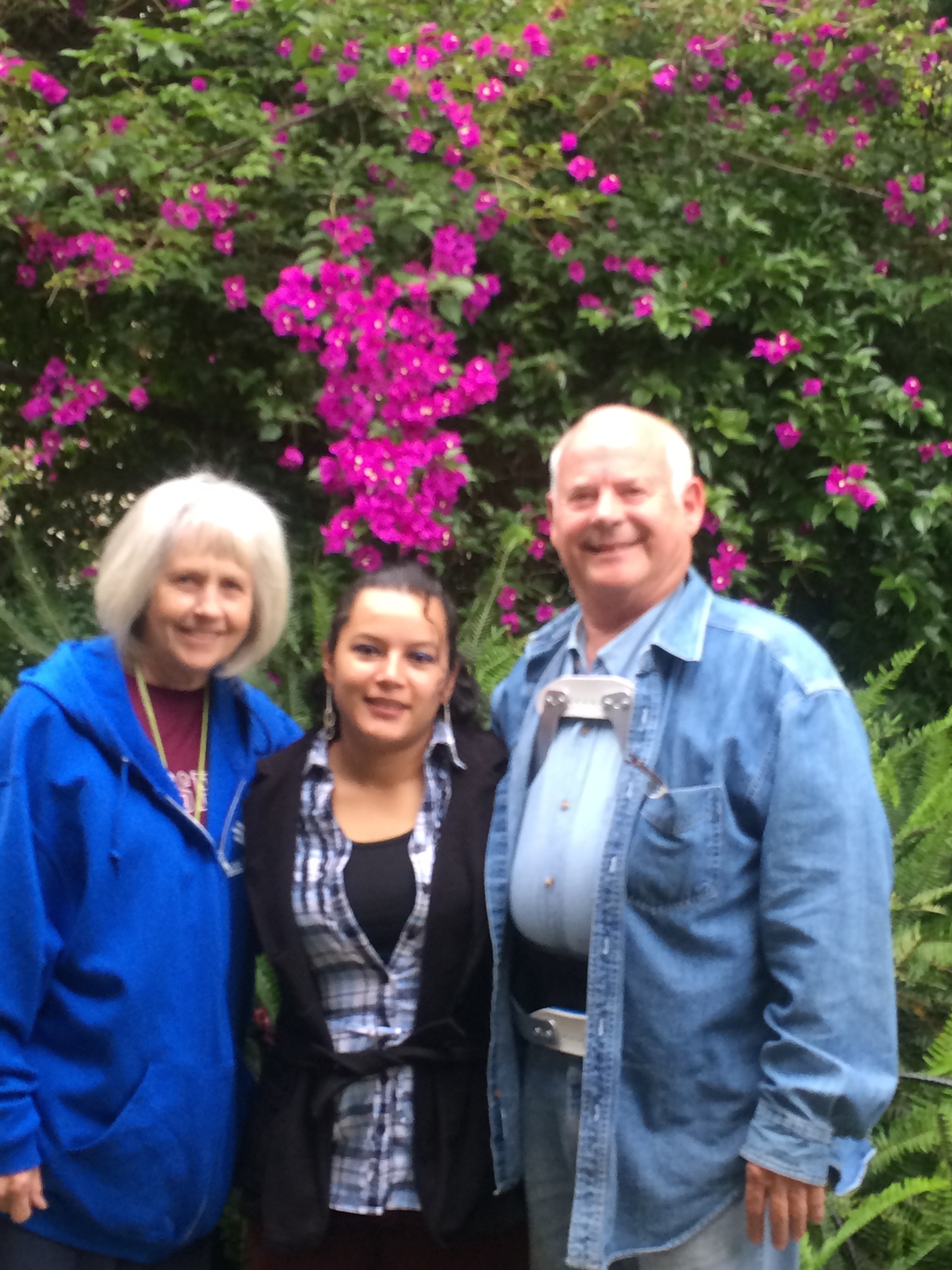 Norma stepped out into her new life today after years here. As a chef she has a bright future. We are proud of her.[/caption]

You can see that the brace I have to wear makes me look huge.

It is that time of the year when I am enrolling the university students for the next semester. The teams will have a flag football game with our kids for July 4th.

The physician who did my surgery came today to ask about his plans to build an orthopedic hospital in Escuentla. I shared how we began.

Would you believe that before breakfast the courts sent us a 10, 8 and 2 year old found in the streets. The 10 year old was badly beaten. This mens we received 14 new children THIS WEEK.

Our Sunday night service, September 14th was cancelled. We are in Grand Bay, Ala that morning so can travel anywhere within 150 or so miles for an evening service.

We saw that to win we need a good offense. Today let us look at the 2nd ingredient and that is a good defense. Loyalty, determination and boldness. I have watched thousands of football games throughout the years and I have remarked to myself.  "With this offense it is a shame we do not have a good defense." Or "With this defense it is a shame that we do not have a old offense".

You see teams cannot normally or consistently win games or championships without 'ONENESS'. Everyone needs to do their part. Special teams such as the punting team, receiving team or kickoff team have won games especially if the offense and defense played well enough to keep a game close.

As a Christian in ministry I learned years ago that not everyone who says they want to help are willing to be determined and loyal. As a pastor I saw many who were wishy-washy coming and going and even here at Casa I have seen the same thing with people who at one time were part of the ministry. I wonder what we could have accomplished it our team would have stayed together?

All professional sports seem to change make-up every year as players move for more money. There is no continuity. College athletics are no different as many players leave college after their sophomore season. LSU, for example, lost nearly 25 players the last two years because they were not loyal and determined. They played only for themselves and not for what the team could accomplish.

Alabama had an opportunity for 3 national championships in a row because many of their players stayed through their junior or senior seasons.

Churches, ministries, marriages or any other group cannot succeed without loyalty, determination and boldness.