I have always wanted to go to Kitty Hawk & see the Wright Brother’s museum, etc. We left Plymouth, NC at 6:30am and it was 52 degrees. By the time we arrived in Kitty Hawk it was 22 degrees and the wind was enough to re-fly the Wright Brother’s plane all over again. We headed towards Norfolk & the sleet came followed by the snow and we are frozen. This is not weather for Louisiana Cajuns. 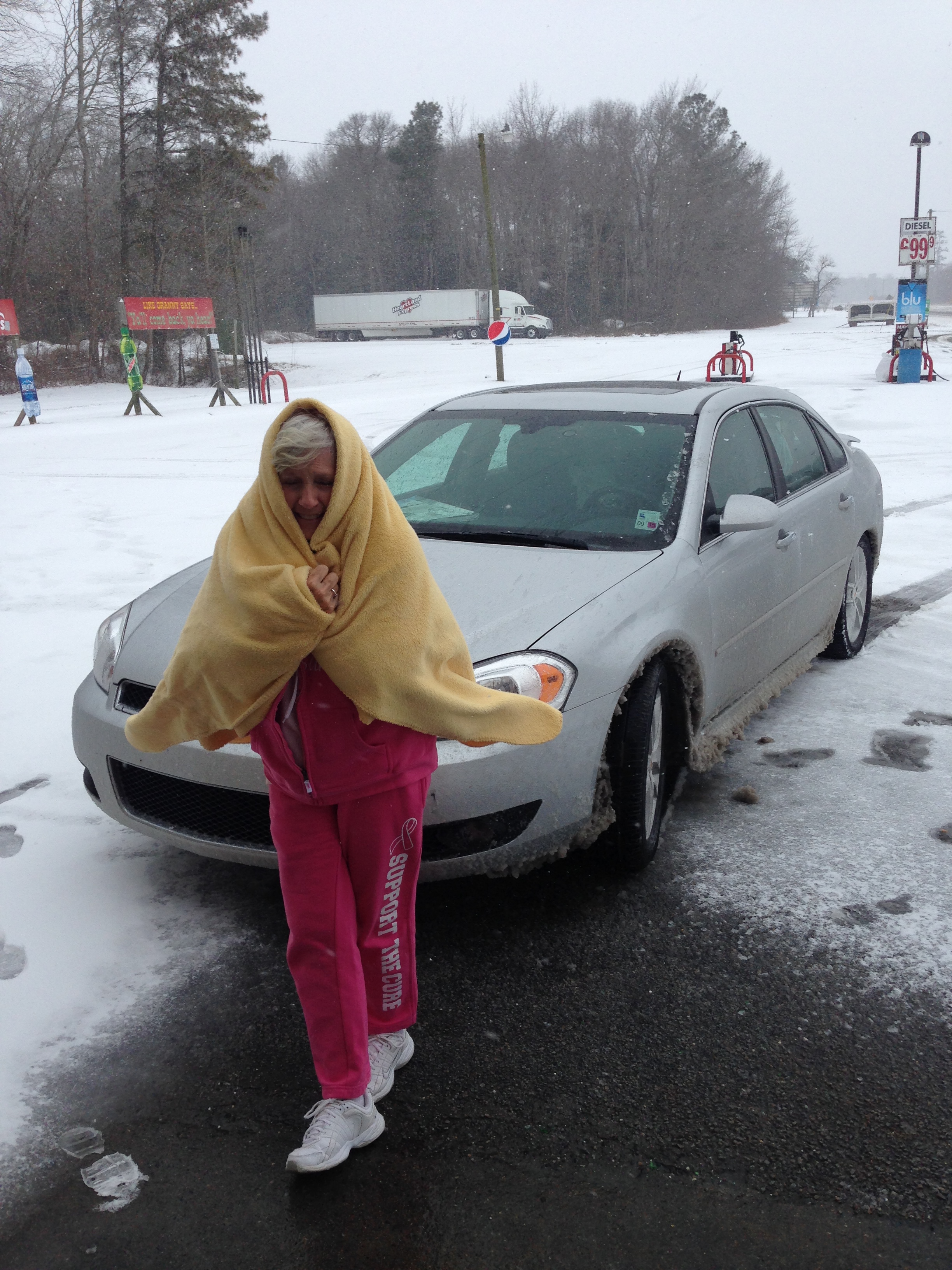 Dottie is enjoying her vacation!!!! Ha!!

Tychicus never was a church leader. He was not a Titus or a Timothy. He was never noted for his preaching or teaching as was Paul or Peter or even John Mark. He was not martyred for his faith as Stephen and James.  He wrote no letters. He built no churches. We do not even see him lead one person to Christ. But every place we see him mentioned by Paul we see that he was a faithful and trustworthy Christian. He cared about people and he served people and above all it appears that he encouraged people.

As I write this little lesson from the home of Larry and Sue in Wadesboro, NC I cannot but think of the many Larrys and Sues who have encouraged Dottie and me over the years. They are not even here and yet they allowed us to stay in their home for two extra days to help us to rest and to save money on motels.  The first man and the man who encouraged me the most was JW Buckner, my father-in-law, and the greatest Christian I have ever known. He led me to Jesus without words. His life captured me and my heart and exposed my emptiness and hunger for more in my life.

If I listed names here I would omit dozens unintentionally. God knows who they are and He will reward them. Dottie and I stand in front of the ministry and therefore we get the accolades (as well as the bullets). Dozens of people have come to Casa and served on staff. Thousands have come on mission trips bringing VBS, work teams, etc. Other thousands have never been there but they support us with money and prayers.

Josue’ was our first child and he is so inquisitive about “HOW” so he is always saying “Daddy, how do you believe for the money?” or “Daddy, what can I do to help you and Tim?” His questions bless me and I never tire of them. “Daddy how can I pray?” or “Daddy how can I forgive?” When we first were asked to take little Anoni who was ill with kidney failure only to see him die two days following his 5th birthday I thought that I would never take another child with kidney disease. But encouraged by our teenagers I accepted Jose, then Maritza and Sergio only to see them die also. The pain was excruciating.

But because to the encouragement of our children who are so filled with compassion we took Cindy, Marjorie, Jose, Luis and Wendy. In March Karen and another Cindy will come to Casa. The addition is nearly finished. Every child who passed away from kidney disease knew Jesus Christ as do the 5 who are currently undergoing dialysis at Casa. Their spiritual and natural lives would have been entirely different had someone not encouraged me.

Each time I walk into the dialysis unit I am so encouraged by Aroldo, Marilyn, Rosario and Evelyn who live with and care for the children undergoing dialysis.

You do not have to do great things to be a great Christian! Help others to make a difference!!!!!!!!!!