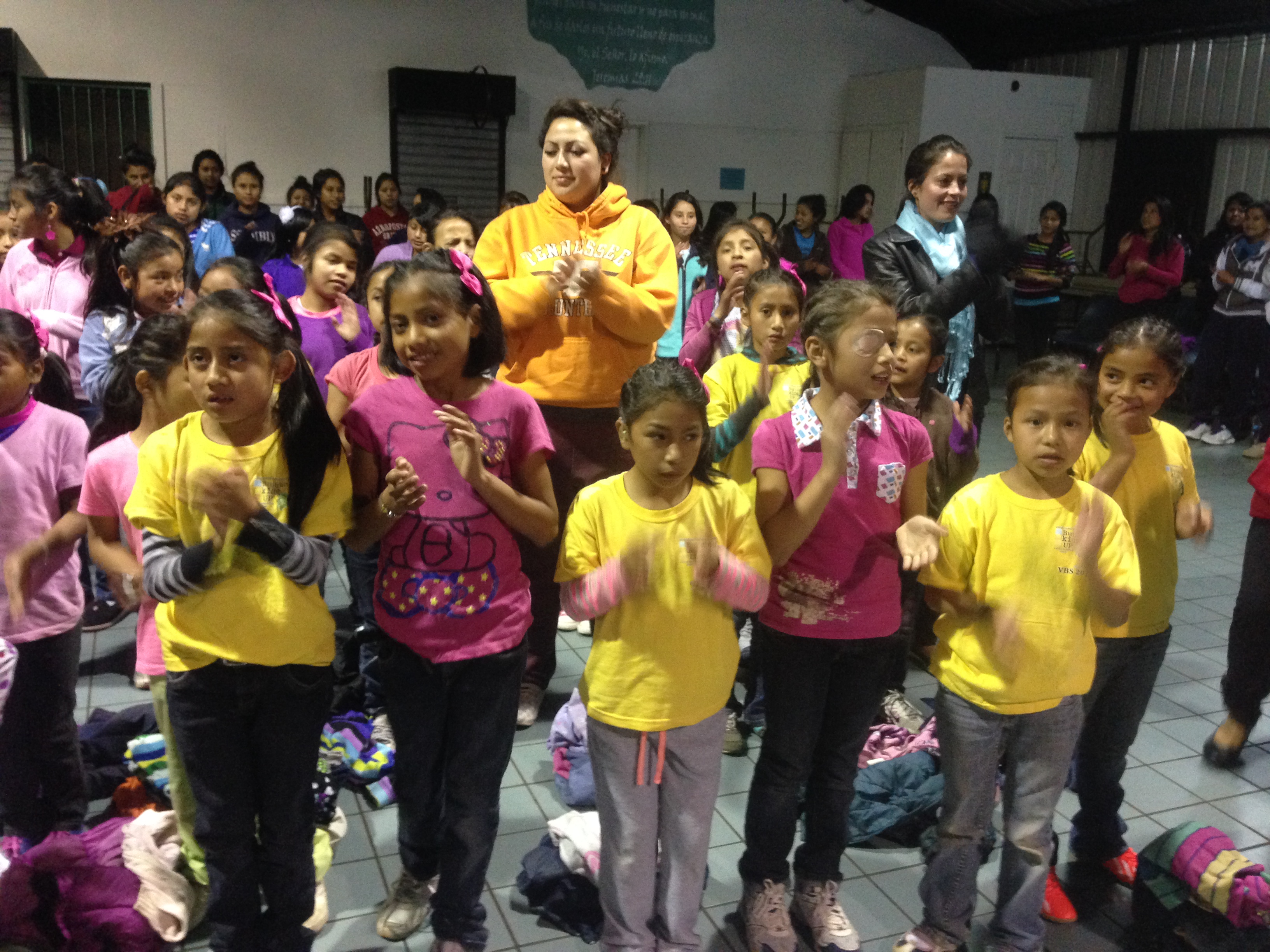 Kersy worshipping with the little girls she takes care of in Estrelitas.

Today, Sunday, we will be at Peace Haven Baptist for Sunday School, morning and evening services. We are with Pastor Jon and his wife Rebecca.

The weather has been Spring like in South Carolina but is rapidly turning cold as we move north.

As we approach the completion of the dialysis unit addition and the soon arrival of 2 more little girls in March & another 3 soon after that I want to express my gratitude for all of you who pray or give financially for this ministry.

Last September and this current trip of sharing uses all the offerings and gifts for the dialysis children.

Reading Philippians we have seen a little known Christian who was very important to the Apostle Paul. His name is Epaphroditus whom Paul says was "My brother", " A trusted messenger", "Fellow worker" and "Fellow soldier". As I finish today I want to tell you of the fifth description that we see of Epaphroditus as mentioned by Paul.

4:25 says that he was sent to TAKE CARE of Paul. So we see that Paul saw Epaphroditus as a Caring Companion. The word used there is the same word in Greek as used when the angels were caring for Jesus.  It literally means someone who helps at their own expense. There is no pay involved.

Over the years we have had many men and women come to serve at Casa. Each one of them did so at their own expense. Salaries are paid to Guatemalan staff but not missionaries. They serve as Epaphroditus did---at his own expense.

We have seen earlier that Epaphroditus was physically ill yet he was so concerned about Paul in prison that he got up from his bed and traveled to "care for" Paul.

The Bible says nothing of the healing of Epaphroditus. It concentrates on his bravery of a soldier, unselfishness of a brother, diligence of a working companion and the tenderness of one who cares.

Paul will go on to say to the church at Philippi that they are to welcome and honor Epaphroditus. Interestingly the word Paul uses means to honor a soldier who has returned from battle.

It appears to me that Paul expected that the average Christian should be all of these five things but realize that the honors come when we are faithful in battle.