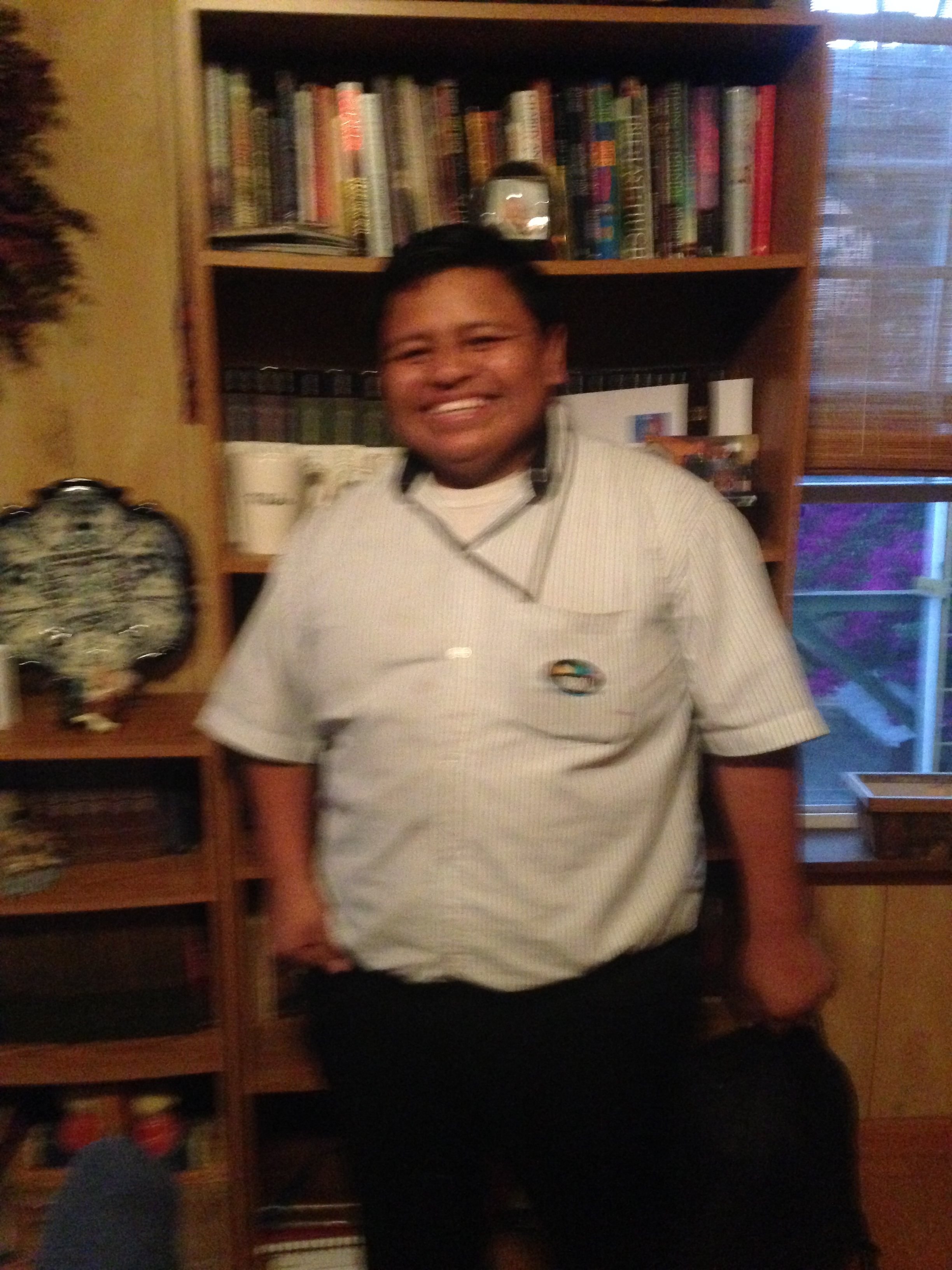 Eddy is one of the greatest success stories of all of our 4600 children.

Had breakfast with Pastor Ron & Rebecca and headed towards Wadesboro. We stopped at a motel and totally unloaded the car & packed what we already have purchased for the kids.

We learned that John Mark became very disillusioned on his journeys with Paul and Barnabas and abandoned them while Paul was ill in Galatia. John Mark could not stand on his own. He was still a “Mama’s boy” and so headed towards the house. (Acts 13:13). Often in Christian work the plans we have do not work out very well. Things do not live up to our expectations.

However, this does not mean that we missed God. Learning the will of God is good, pleasing and perfect as seen in Romans 12:2 but also sometimes we learn the hard way. The verse in Acts 13:13 means that he turned his back on Paul and Barnabas. He abandoned them! I assure you that if you want to find a reason to turn back, quit or walk away it is an easy thing to do. Everyday of the week people walk away from churches, jobs, marriages and countless other responsibilities. If you want to see my list as to why I NEED to turn back from Guatemala and return to Louisiana I can show you a notebook filled with reasons not the least is my children, grandchildren, sisters, etc.

It is easy to avid the call of God.  As we continue the story of these three Christians we see 3 years later that Paul and Barnabas were in Syria and sent to Jerusalem where they met up with John Mark. Old stubborn Paul also known as Mike Clark was not about to forgive that young whipper snapper who had left him in a lurch 3 years earlier.

However, COUSIN Barnabas was willing to take John Mark back with open arms. It is always so amazing to me how honest God is with us in the stories of the Bible. Two Christian giants are acting childish and will actually split and go different ways rather than walk together as brothers.  Sound familiar?  Sure it does! We all have done this!  So Barnabas takes Mark and Paul chooses Silas as his missionary companion.