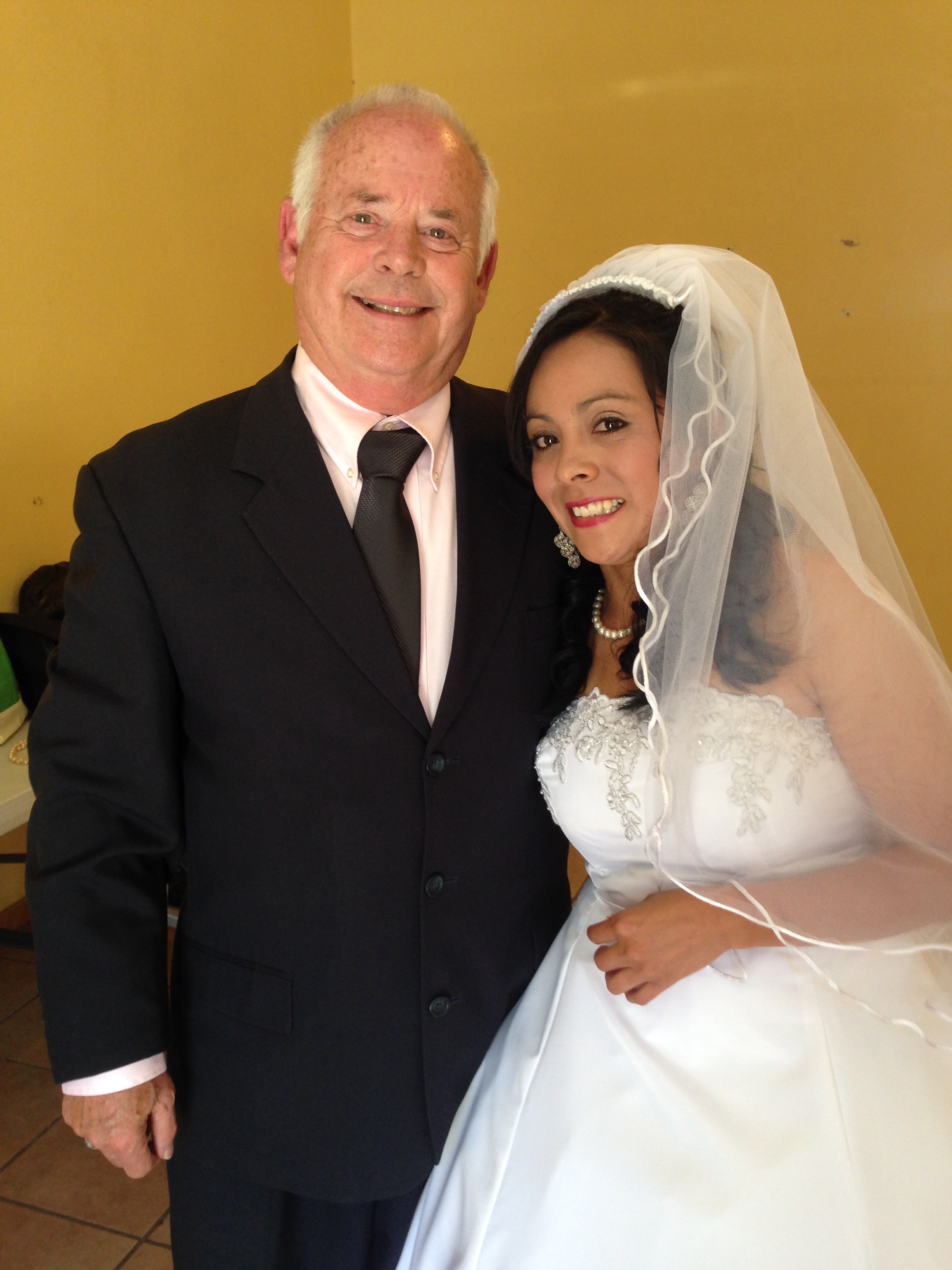 Mariela and myself as we prepare to walk down the aisle. One of us sure is pretty.

Monday night about 11:30 Dottie was up with acid reflex & after nearly an hour I said that we might as well head East. She agreed & at 1am we left Lake Charles and drove 802 miles to Greenville, SC where I was able to go to the bookstore at Bob Jones University. It is one of my favorite Christian book stores. Dottie is feeling better.

I could not get on line to check my Guatemala banking status so I had to have Debbie call Tony who told Tim to call & soon I had it fixed.

Josue’ had to take Cade to the hospital last night thinking it was his appendix but it was a uninary tract infection so he was treated and is recuperating.

This Sunday morning at 9:30am and evening at 6pm Dottie and I will be sharing with Pastor Evans at Peace Haven Baptist Church in Yadkinville, NC. Next Wednesday Feb 26th at 6pm we will be at N Wadesboro Baptist in Wadesboro NC with Larry & Sue.

I have gone a few days without a lesson so I will begin anew. I took nearly 2 & 1/2 years teaching the book of Galatians and one of the things that you learn when you study Paul and his writings is that he mentions so many folks who are not well known and, in fact, barely known at all. So today I want to introduce you to Epaphroditus who is mentioned in Philippians 2:25-29 as a soldier and a man of honor.  Nero was emperor and was as cruel a man as ever walked the earth. He murdered thousands including his own mother and his wife.

In the year 64 Rome burned and to take eyes off of himself he blamed the Christians and many were burned at the stake or fed to wild animals. Everyone including the senate became fed up with Nero and they decided in 68AD that he needed to go. Nero fled and committed suicide. Paul was under arrest for 4 years earlier. As Paul wrote he had been betrayed by many of his old friends in Philippi. He actually said “All have deserted me” only to recant and mention that Timothy and Epaphroditus had been faithful.